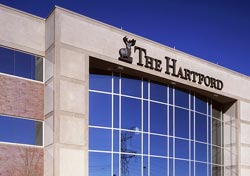 The Hartford ranks highest in customer satisfaction with the auto insurance shopping experience, followed by Liberty Mutual and American Family.

Only 25% of insurance customers indicated they shopped for a new insurer in the past 12 months -- down eight percentage points from 2011, according to the J.D. Power and Associates 2012 U.S. Insurance Shopping Study.

While only one-quarter of auto insurance customers shopped for a new policy, 43% of those shoppers switched their carrier -- the highest rate since the study first began measuring retention in 2008, and an increase of 3 percentage points from 2011.

Although fewer consumers are shopping for insurance, more current customers who do are willing to make a switch based on competitive quotes, said Jeremy Bowler, senior director of the global insurance practice at Westlake Village, Calif.-based J.D. Power and Associates.

"The increase in the proportion of shoppers actually switching suggests that fewer price-checkers are gathering quotes they are less likely to act upon -- perhaps a direct result of the lower typical savings derived from switching, which has decreased from an average of $412 in 2010 to only $359 in the past 12 months," he said.

Customer retention rates are increasing at a time when auto insurance companies are spending more money to entice customers to switch providers. Industry-wide, advertising expenditures increased by 12% in 2011, compared with 2010, according to an analysis of statutory filings data for 2011 performed by Dowling and Partners, LLC.

"The industry spent $5.7 billion on advertising and allowances in 2011, but this increased spend does not appear to have generated a commensurate increase in market churn," Bowler said.

The study indicates that 52% of auto insurance shoppers start their shopping process online, and 73% visit at least one insurer's Web site at some point during their shopping experience. More significantly, 32% of customers solely obtained quotes online, and 34% of all recent shoppers state they would most prefer to purchase their new policy online.

"Shoppers now expect to be able to visit an insurer's Web site and complete their purchase in the same visit," Bowler said. "In most cases, shoppers can compare many policies online and narrow down their search field entirely via this self-service paradigm. From that point, they can then decide if they need to speak with an agent or to continue their online purchase process."

The 2012 U.S. Insurance Shopping Study is based on responses from more than 16,100 shoppers who requested an auto insurance price quote from at least one competitive insurer in the past 12 months and includes more than 50,000 unique insurer evaluations. The study was fielded from January to February 2012.