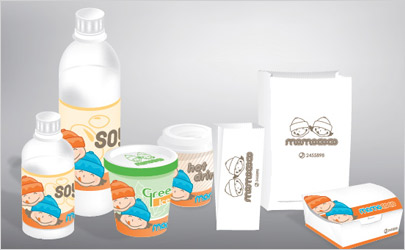 At the same time -- despite the industry’s significant and ongoing advancements in all aspects of packaging -- many consumers perceive products to be over-packaged, and frustrations with ease of opening/closing, maintaining freshness and other functional elements are common.

That’s the overall take from a recent consumer survey conducted by market research firm Packaged Facts, included, along with other research, in a new report on food and beverage packaging trends in the U.S.

The survey, conducted in March and April 2012 on a nationally representative sample, found just 1% to 5% expressing overall dissatisfaction with the packaging options available in various key food/beverage categories.

The rates were a bit higher for frozen foods and seafood (each 3%), and for crackers, bread, packaged deli meats, meat/poultry and packaged cheese (each 4%). The highest dissatisfaction (5% each) was expressed in regard to breakfast cereals, snack chips, cookies and packaged salads.

Despite what would seem to be a positive overall scorecard, however, “paradoxically, and perhaps unfairly, [consumers] don’t necessarily think highly of manufacturers’ packaging efforts,” notes David Sprinkle, publisher of Packaged Facts.

In food packaging, the ability to reseal and the ease of opening/closing head the list of most-valued packaging attributes. Also, 44% agreed strongly (12%) or somewhat (32%) that lighter-weight/less bulky plastic for groceries is a packaging option that’s important to them.

Food-packaging aspects ranked as less important by consumers include attractiveness of design and – perhaps more surprisingly -- a realistic image of the product. In addition, while the ability to microwave in the package is an increasingly popular packaging feature for frozen foods, just 20% of consumers indicated that this is especially important to them.

With beverages, as with food products, consumers prize convenience-oriented features, including packaging that’s easy to open and close, easy to pour and serve, and easy to hold. Packaging that makes it easy to eat or drink on-the-go ranked further down on the list, despite the popularity of single-serve and other convenient beverage formats.  Product freshness ranks high, and is especially important in milk, juices and ground coffee.

Given these priorities, it’s not surprising that the most common complaints “cluster” around opening/closing, resealing and maintaining freshness issues, according to Packaged Facts.

Although food-safety issues also within that complaints cluster, Packaged Facts’ summary of the most commonly expressed comments about dissatisfaction with packaging by product categories shows safety-related complaints being among the most-mentioned in relatively few categories.

For instance, in the soup category, comments about cans being unsafe due to “harmful coatings/inside coated with a toxic carcinogen/BPA (bisphenol A)” were quite common.

(This isn’t news to food manufacturers. In response to consumer concerns about BPA’s effects on children, in particular, Campbell Soup Company recently announced that, although it believes that BPA-containing can coatings are safe, it will transition to BPA-free packaging for its products “as feasible alternatives are identified for each product.” ConAgra and Heinz are among other companies in the process of  transitioning products to BPA-free packaging.)

What about sustainability issues? Consumers ranked environmentally-friendly packaging as fairly high in importance in regard to beverages, in particular. Dissatisfaction comments about packaging not being recyclable or not being environmentally friendly were fairly common in relation to frozen foods, snack chips, candy and coffee (in bags).

Various other surveys in recent years have by and large found that while many consumers say that they want food/beverage manufacturers to provide more sustainable packaging, relatively few say that they’re willing to pay more for products as a result of such packaging.

Bottom line: While functional aspects of packaging may not usually be the most important drivers of consumers’ food and beverage purchasing decisions, innovative, user-friendly packaging can certainly influence those decisions within categories or among brands, says Packaged Facts’ Sprinkle.

“Food and beverage categories and brands have benefited significantly when manufacturers and retailers have managed to fuse packaging innovation with emerging consumer trends,” he sums up.