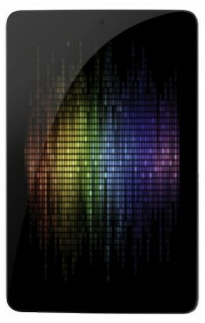 By the end of this week, advertisers will think smartphones passé after the Google Nexus 7 tablet with Android 4.1 Jelly Bean debut at the I/O conference. No confirmation from Google, but Gizmodo Australia allegedly got its hands on the details of the device from what it calls a "training document."

After acquiring Motorola Mobility, Google can feel comfortable about producing a quality tablet. The 7-inch, Nexus-branded tablet built by Asus will likely sell through the Google Play Store and will run the latest Android operating system and sport a 1.3Ghz quad-core Tegra 3 processor, GeForce 12-core GPU and 1GB of RAM with either a 8GB or 16GB option for storage. Complete with Wi-Fi, Google Wallet, and near field communication (NFC) technology, the document notes the tablet will cost between $199 and $249.

While the news blog cautions that the document could all "be an elaborate fake," at least one analyst reports similar specs. "The tablet will have a 1280x800 resolution 7-inch display and production is slated for April," CNET reports, citing NPD DisplaySearch analyst Richard Shim. "The initial production run is between 1.5 million to 2 million units."

The Google tablet will support ad targeting services for paid-search and display. Last week, the Mountain View, Calif. company announced new search ads in Google Maps for mobile, claiming that initial tests show the redesign increased click-through rates by 100% through several improvements in features like "get directions" and "click to call." Google said a new hyperlocal marker shows users how close they are to an advertiser's business location, and clicking on the ad now takes the mobile user to an advertiser's Web site from within the app.

Google already owns more then 60% of the search ad market. Will a device supported by a Web company with access to mobile patents from Motorola give advertisers more confidence to increase mobile ad budgets?

Mobile devices act as my 411 assistant whether in the office or on the road to location information or location about a store. Mobile will help to drive paid-search growth and lower overall cost per click. Publicis Groupe company ZenithOptimedia estimates Mobile paid-search spend sits at 15% of all paid-search spend, up from 5% in April 2011.