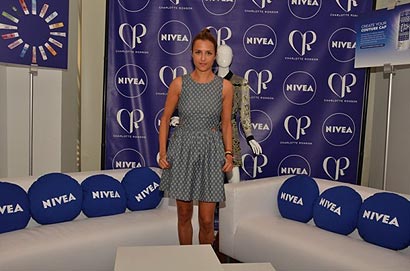 Beiersdorf's Nivea is partnering with designer Charlotte Ronson for a design contest hosted on the company's Facebook page.

The grand prize in the Nivea "Kiss of Style" contest is the chance to design a limited edition cap for Nivea Lip Care.

The contest kicks off on Nivea's Facebook page, www.facebook.com/NiveaUSA, and will showcase a variety of design patterns. Nivea fans will be able to look to Ronson, who created a limited-edition design in support of the contest, for inspiration. Ronson has also partnered with Nivea to serve as the contest's celebrity judge.

Ronson is an English fashion designer. She interned with designer Cynthia Rowley before striking out on her own. She has designed for celebrities such as Mischa Barton, Gisele Bundchen, Andy Dick, Jennifer Love Hewitt, Lindsay Lohan, Kate Moss, Ellen Pompeo, Nicole Richie, Winona Ryder, Jessica Simpson, and Gwen Stefani.