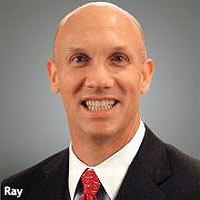 Google's price per call for AdWords advertisers cost nearly twice as much for local ads on YP.com, according to a study released Wednesday. The findings suggest the average for AdWords and YP cost $88 and $46, respectively.

The study set out to prove that online directories can become a better value for local advertisers, compared with general search services.

YP commissioned Altman Vilandrie & Company to analyze about 62 companies on the basis of cost per call, defined by the amount of advertising dollars spent to generate one incoming sales call.

For the study, participating small- and medium-sized businesses (SMBs) spent equal amounts -- about $600 per campaign, for both YP and AdWords.

Findings reveal that 77% of the companies realized a lower cost per call from YP ads, which also outperformed AdWords in 85% of the 20 business categories tested, such as dentists, florists, and auto repair. Of the 20 small business categories studied, 17 demonstrated better cost-per-call value through the YP ad network.

The study did not analyze why advertisers may incur lesser costs on YP, but logic suggests that consumers typically turn to directories just prior to making a purchase, whereas they use search engines to find specific brands and products.

More than half of the advertisers on YP.com's network running listings during the past year have seen increased calls coming from the directory site from both mobile and desktop, according to YP CMO Ken Ray.

More than 110 million people in the U.S. owned smartphones during the three months ending in June -- up 4% versus March, according to comScore, which released data Wednesday from the comScore MobiLens service.

YP, which spun off from AT&T in May, now generates more than $3 billion in annual revenue from local advertising. The YP Local Ad Network offers advertisers an opportunity to reach more than 70 million monthly unique visitors across 300 affiliated online and mobile publishers. Google claims that its display network reaches 83% of unique Internet users worldwide.

Advertising revenue made up 96% of Google's revenue during the first six months of 2012, down from 97% in the prior year. Most other revenue comes from the company's enterprise products, as well as display advertising management services to advertisers, ad agencies, and publishers.