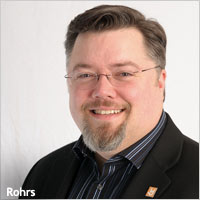 Digital strategies like social marketing will influence at least 80% of consumers' discretionary spending by 2015, according to Gartner. The findings, released in a joint study with ExactTarget, analyze multichannel marketing techniques, as well as tips to lead consumers to purchases.

The Marketer's Guide to Multichannel Campaign Management suggests that brands must move away from running campaigns individually and toward the integration of many campaigns, such as email, social, search, voice, video and more.

The strategy supports consumers moving to a "hyper-connected" model, where many gain access to online content through more than one device simultaneously. Most will connect through some form of mobile device. eMarketer estimates access through nearly 116 million U.S. smartphones this year.

Gartner estimates that 6.7 billion devices will connect to the Internet by 2014. Mass-market campaigns on average get a 2% response rate. Personalized email messages on mobile devices, however, continue to climb.

In fact, the percent of consumers who opened email on mobile devices rose "double digits" during the first half of 2012, according to Jeffrey Rohrs, head of marketing research at ExactTarget.

Sixty-six percent of teens ages 15 to 17 prefer email compared with 4% on Facebook when it comes to permission-based marketing. The same age group also admits to making a purchase after seeing a message about the product on Facebook.

Online purchases continue to rise. U.S. retail e-commerce sales for online retail spending rose 15% to $43.2 billion in the second quarter of 2012 compared with the year-ago quarter, according to comScore. The uptick represents 11 consecutive quarters of positive year-on-year growth and seven consecutive quarters of double-digit growth.