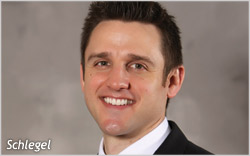 While Louisville Slugger has somewhere between 50 and 60% of the Major League Baseball market, it wanted to up its game in marketing to girls and women, its fastest-growing segment. “What a lot of companies did, and we were guilty of it as well, is just throw a little pink or purple on a product and say, 'Okay, it’s now a softball product,’” Kyle Schlegel, marketing VP for Hillerich & Bradsby Co., which owns the famous bat brand. “But there has to be more to it than that.” He explains the new campaign to Marketing Daily:

Q: So what sparked the new “Beautifully Powerful” campaign?

A: As we were reviewing each segment of our business, it turned out that this one -- women and girl’s fast-pitch softball -- was the one that didn’t feel like it was being spoken to. All our messaging was purely about power. And we heard these girls and women say, 'I’m not just someone trying to hit the ball. You’re not speaking to me as a woman or a girl.’ In fact, when we had Jessica Mendoza, one of the pros we work with, in our office and showed her the campaign, she lit up. [She said,]'This is the first time any company has talked to me as an individual.’ We felt like we were really onto something.

Q: How is it doing with the fast-pitch crowd?

A:It started running six weeks ago, with a Facebook effort. We opened an individual Facebook page, because otherwise, if we keep talking about the pure power message to our other segments on our primary page, we were perpetuating the problem. So we have about 100,000 fans of our main page, and we already have 30,000 fans on our Beautifully Powerful page. You could tell women were thirsty for this. We’ll run our media spending through the end of September. Our agency, MEplusYOU, formerly imc2 and based in Dallas, created the effort.

A: Our touchpoints are mostly digital. They have to be. I can’t afford a single TV ad, much less what Nike can do! We were also at the biggest fast-pitch tournament, which is in the Denver area in July, and had a big presence there with T-shirts and mini-bats. We sold through the new model-year bats in 48 hours, and it gave people something to talk about. But Pinterest is also a big part of this.

A: These young girls are looking at pictures. So we developed a range of assets and some are hardcore messaging with heavy branding, and some are almost empowerment messages, much more about female power than the Slugger brand. And they are repinning these assets. The nice thing about Pinterest is that we can see what they are gravitating toward, what types of imagery they like. For us, it’s a cheap way to test the components that would go into a digital marketing effort.

A: We’ve been focusing on doing fewer things better, and we realized we weren’t doing as much with our MLB players. So we went to Twitter, since there is so much happening every day. Somebody does something remarkable with a bat in their hand every night during baseball season.

Q: So we have to ask. Is it flattering when people like Carrie Underwood sing about, um, alternative uses for a Louisville Slugger? Or creepy?

A: Well, we wouldn’t actively seek it out! But it can’t hurt to be part of popular culture. And I have to admit, I set my Google alerts so I hear about less-fortunate uses of our product a lot. In fact, that’s a special problem with this brand. There are a lot of people with a special affinity for the Louisville Slugger brand, but who will never actually buy a product.