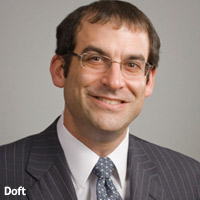 After a two-year buying spree that was capped earlier this year by the purchases of media shops RJ Palmer and TargetCast, holding company MDC Partners will now spend more time digesting those investments while easing up on acquisitions. That’s according to David Doft, CFO at MDC, who spoke at the Goldman Sachs Communacopia Conference in New York Thursday.

Most of the recent acquisitions have been used to fill in gaps in the holding company’s offering, including digital -- which now accounts for over half of total company revenue, as well as social media, PR, experiential marketing and health care.

The company has also made a major commitment to bulking up on the media side, where its annual billings now total $3 billion. The media business, Doft said, “is ripe for disruption,” as both clients and agencies are increasingly exploring compensation models built around pay-for-performance.

MDC has slowly begun to expand internationally and will continue to do so using technology to create global networks that can run from five or six agency hubs versus the 100-plus offices that most of the older shops invested in decades ago, said Doft.

Currently, 96% of the company’s revenue is derived from North America, but many of its clients there spend huge amounts overseas as well. “North America accounts for about half the world’s marketing spend, so we’re leaving a lot on the table,” said Doft. But the company has added a couple of outposts in Europe and has ventures with partners in Brazil and Asia. It now does work for clients such as Kraft, Microsoft, Sony and Nike outside of North America.

In addition to capital, Doft said the holding company helps its agencies with centralized business development and PR capabilities and procurement issues. MDC hired a procurement specialist from one of its clients last year to better understand procurement expectations and to negotiate those issues with clients. “We’re managing that better,” he said.

Doft also reiterated the company’s full-year 2012 financial performance guidance, which calls for revenue to cross the $1 billion threshold for the first time for an increase of more than 11%. EBITDA margin is expected to expand about 1 percentage point, reaching 10.5%.