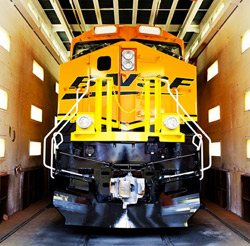 A lot of marketers at the Media Tech summit in New York last week had strong views on social media, and if one had to boil them down -- which would be well nigh impossible -- it might be that social media is an awful place to be obvious.

Chris McCann, president of 1-800-Flowers.com, stated it pretty tangibly as he explained how his company's brand lives and dies around each transaction. "We don't fund brand marketing. A brand is the manifestation of stories told about it by customers," he said. "We are not simply selling stuff -- what we are in the business of doing is delivering smiles. So we have to make sure we make it easy for customers to do so across devices and channels."

Aliza Licht, the SVP of global communications at Donna Karan, said social media is an extension of PR for her company. "I handle PR, fashion shows, and editorial in magazines, so initially I took on social as a side gig," she said, adding that she became something of a Twitter addict. "I probably tweet 25 to 60 times a day." She says if a brand is going to market on social media, it has to be careful so that from the consumer’s point of view "you are being marketed to but don't really know it."

Licht recalled, as an example, the relaunch of the DKNY store in London. "I did a play on social because that's how people consume news. We cast a video and put people in fake social conversations that became real. We did promoting tweets, and integrated campaigns, but you had no idea it was DKNY doing it."

She said social media sites like Facebook and Twitter are where brands have an opportunity to let consumers do brand evangelism. "It's getting strangers to be able to speak on behalf of your brand when they aren't paid to do so."

The other issue for brand marketers having to justify their actions to a CFO is the ROI questions, which Licht and others at the conference said is unfairly tipped against social media. "I'd ask a question -- what is the ROI on a billboard in Times Square? (We actually have boards in Times Square.) How many tourists see it? Who knows."

Thus, Boff says, so are the days of "rectangles," where brand activity is constrained to a banner or skyscraper ad. She says GE is active on sites like Instagram, Tumblr, Pinterest, and Facebook. "For us to be relelvant, we have to be contextual. We probably spend the most time thinking about where are the audiences we want to reach. Where are we most human and accessible? And we need to behave like people on social. Whether it's tonality, placement or context -- is this something people would want to read?"

Using sites like Tumblr as platforms, the company has opened the doors of its manufacturing operations doing what Boff jokingly refers to as "industrial porn" -- using small flying drones with cameras to capture intimate details of the manufacturing process. Consumers can submit ideas for where they want the helicopter drone to fly. When that site is chosen -- be it a jet engine plant, or locomotive assembly facility -- the person who suggested the location gets props. "For people who love tech, you are 'this close' to wind turbines. And it has paid off. We measure everything." She says that on Instagram, GE is the fifth-largest entity.