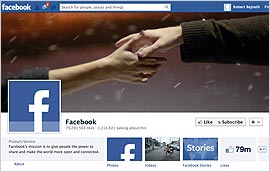 Social analytics company General Sentiment is out with its third-quarter report that ranks brands on how much buzz they have received and how positive and negative that attention has been.

The firm, which says it analyzes some 50 million sources of content for data, offered up its lists of companies that got the most buzz. General Sentiment says it has two major channels for its Brand Exposure Analysis: Impact Media Value, which gives a positive value to volume of mentions negative or positive. The firm borrows the old chestnut "any news is good news" to explain the virtues of that. Value is determined from overall level of discussion. The good news list, Perception Value, does the opposite: assigning positive value to positive mentions and negative to negative mentions.

Not surprisingly, Facebook is number one in Impact Media Value, partly because of news around its stock being way overvalued. Apple passed Google to be number two with the iPhone 5 debut, and negative press on iOS 6 Maps. Google is number three, and MTV jumped eleven spots to number four, winning big buzz around its tentpole events. At five was Amazon, which fell from fourth. Samsung, at sixth place, got buzz for its imbroglio with Apple.

Microsoft fell from third to seventh place this quarter, partly because of viruses in computers using its platforms. HP dropped to eighth place. Disney moved from eighth place to ninth, having cancelled a project and taking a $50 million loss in Q3. At 10th was Yahoo with buzz around Marissa Mayer replacing Tim Morse at the helm. There are three automakers in the top 20 brands: Chrysler at 16, Honda at 13, and Toyota at 19.

When it comes to rankings based on positive Perception Media Value, JP Morgan, Louis Vuitton, AutoZone, MasterCard and Goodyear Tire were top five. AutoZone saw a 94.6% increase when fiscal Q4 net income, released in September, beat estimates. Goodyear saw a big increase as well when Goldman Sachs upgraded it from "neutral" to "buy." Also helping perception were self-inflating tires that rolled out this quarter, and the company offering Lindsay Lohan and Amanda Bynes free driving lessons.

The biggest losers: Chevron, FedEx, AES Corp., Allegheny Energy, Mattel, Zurich Financial, Aimco, Apollo Group, Agilent Tech and Amgen. Chevron got negative news for a big fire at one of its refineries in California and paid $17.3 million in fines for last year's spill in Brazil, and saw its value drop a whopping 7070.3%. FedEx reported a profit decline in September, lowering its 2013 guidance.