Sandy Entertainment Losses Could Be Huge 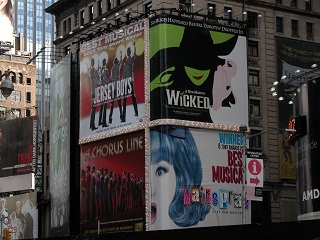 osses incurred by the entertainment industry from Hurricane Sandy could reach into the multimillions dollars when all is said and done, though it’s still way too early to put an exact number on things.

As Hurricane Sandy bore down on New York City Sunday night, producers and venues began shutting down shows on Broadway and special events throughout the city for Monday and Tuesday. (Television and film production was also mostly halted though David Letterman and Jimmy Fallon opted to tape shows on Monday night without audiences.) Published reports indicated Wednesday shows might still come off, but power and transportation issues could mean more cancellations.

“With no power, there’s no show,” Paul Bassman, president of Doodson Insurance Brokerage in Dallas (which provides insurance for live shows and festivals), tells Marketing Daily. “Typically, the Broadway performances contain some sort of business interruption insurance. If [cancellations] drag on, they could be making some claims.”

Bassman declined to estimate a dollar figure on the losses that could be incurred. Though he noted that no major festivals were called off due to the storm (and that many live performance venues are dark on Monday nights, when the brunt of the storm hit), the wide swath of area affected by the storm could make the losses significant. “It could get really big, especially with Broadway,” he says. “There’s a lot of people affected by this.”

Elsewhere in the city, other organizers were looking at how (or whether) to keep their events on track. As of Monday evening, organizers were still hoping to have the ING New York Marathon come off as scheduled on Sunday. They were regrouping in the aftermath of the storm, however, and a determination is expected later this afternoon. The National Basketball Association, meanwhile, was also evaluating whether to postpone the New York Knicks/Brooklyn Nets game, scheduled as opening night for the latter team in the new Barclays Center in Brooklyn, according to USA Today.

Even though it's going to be tough to get to the Brooklyn Academy of music Tuesday evening, "Jimmy Kimmel Live!," which was cancelled Monday night, will be happening. The event, sponsored by Hyundai to promote its Santa Fe crossover, as part of an effort to make parents cool again, will be happening come hell or high water. Doug Deluca, co-executive producer of "Jimmy Kimmel Live," says as much, per Chris Hamer, an integrated marketing executive who has worked with both Hyundai and Kimmel.

Outside of New York, entertainment events were more sporadic. With Atlantic City’s boardwalk reportedly destroyed in the wake of the hurricane, it’s unknown when the casinos and entertainment venues that are the city’s lifeblood will return to operation. While published reports said the casinos had only suffered minor damage and could re-open quickly, concerns about infrastructure around the city remained. The shutdown costs the city $5 million in lost revenue every day, according to the Associated Press. --With Karl Greenberg