Call Me Later: Learning To Stay Out Of The User's Way 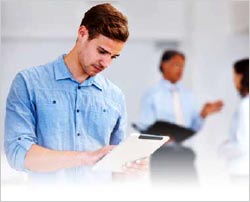 Millward Brown made a small splash earlier this week with its AdReaction study on mobile advertising. As we covered the other day, only 9% of the general online population had a favorable attitude toward mobile ads. By the way, just for comparison, that put mobile on par with non-opt-in email at the bottom of the ad heap. Yes, that means most people have the same regard for mobile advertising, in theory, as they do for in-box spam.

It is also important to notice just how narrowly focused people are on their phones. One of the survey questions asked is about app use. Only 17% of smartphone users said they used most of their installed apps in a given month, while 38% said they use half of them and 40% said they hardly use any of them. The percentages are a bit more favorable to app use on tablets, with 23% using most, 38% half and 34% hardly any. But for smartphones especially, it is important to keep in mind that users say they spend only about 14% of their time with apps -- just a little more than with social networking (10%). There is a lot of media-specific activity like listening to music (10%), playing games (10%), watching video (7%) and texting (16%), that all suggest marketers need to focus on targeting behaviors -- not just media, location, and user.

This is a very driven user who is coming to their device with some activity or experience already in mind. And yet we bring to mobile so many old habits of interruptive advertising. Even the formats like pre-rolls and in-app rewards still have that intrusiveness and interruptive reflex that marketers just can’t help. The Millward Brown stats show that certain mobile formats have the potential to grab interest. Local and tailored deals registered 33% positive response, and brand posts in newsfeeds got 27% -- although I wonder how many of those folks have been checking their ad-cluttered Facebook feed lately.

In all of the talk about native ad formats and marketers learning to get into the flow of everyday device use, there is one basic mobile behavior rarely mentioned -- save for later. Many of us still use our devices as triage tools, for email, articles and other digital material that we push back to ourselves to engage on another screen or at another time. I wonder whether mobile marketers would do better with consumers if they learned better techniques for deferring their message.

What if consumers came to expect from their mobile ads of any sort an easy way to push the message to text, email, TV and be done with it for that moment so they can get on watching that video, playing that game, or chatting? The reflex to interrupt, distract, hijack attention is decades old in advertising, and so is the default mode that holds over to these devices. But what if we took a do-over, and actually jettisoned some of the habits that were native to a mass media age of scarcity, captive audiences, homogenous content? What if the ads actually worked on mobile the way people work on mobile?