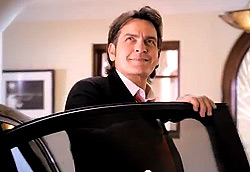 In the second part of Marketing Daily's conversation with Chrysler Group, LLC CMO Olivier Francois and head of Fiat brand in North America Tim Kunistis, the focus is Fiat. (The first part is here.)

Q: You pointed out that every auto brand has both a certain volume and revenue potential. Along the lines, where does Dodge stand?

Francois: It's our biggest brand, but actually the bigger you are, the less potential you have, statistically. But I think there's still a lot. Dodge has a complete range of cars, going from Dart, to Avenger to Durango, Charger, and Challenger. So we are competing in most of the segments.

Q: Do you believe in sponsorship and product placement?

Francois: I think it can be a huge waste of money, unless it really speaks to the brand, unless you are able to say "yeah, the only brand in the world who could partner with that event is Jeep or whichever." What I'm trying to do each time is find that relationship and say, "Okay, why this brand rather than that other brand?" Take Chrysler's sponsorship of [new Broadway musical "Motown"]. Could it work for Jeep, Dodge, or Ram? Fiat? No, it's obviously Chrysler. Then Jeep: we partnered with Newsweek's "Hero Summit" to celebrate the return of veterans and troops. What brand could tie to that if not Jeep?

Q: Last year you launched the "Immigrant" campaign for Fiat. Past campaigns have been celebrity-focused, with stars like Charlie Sheen. Are you thinking of bringing him back?

Francois: Should we? Charlie Sheen would be an interesting one. It's funny, we were talking about this last month.

Q: His whole persona has changed.

Kuniskis: When we used him, he was ... he had his issues; now he's cleaning up and is accepted for who he is, so he's on his third phase now.

Q: What's the ceiling for Fiat brand potential? Is it limited?

Kuniskis: You have to be careful with that because you are putting Fiat in a segmentation box. Certain cars break out of segmentation. Think of the original 300: When we launched that, we thought we knew the customer, but the next thing you know, the car exploded to bringing people in from minivans and other categories. Fiat is doing the same thing. Forty percent of buyers are not coming from the A and B segments (sub-compact); they are C and D segment (compact and midsize) because it's people going, "I really like that. I want one."

Kuniskis: Twenty-five percent of buyers are California but it's growing every day in other markets. New York is growing for us.

Kuniskis: The average consumer makes $93,000 per year. That's a highly enviable demographic to be selling a $16,000 car to. Which tells you it has nothing to do with price, they just want the car. The average age is 46, but the reality is there's two groups of people: young people and 50-year-olds. The younger group makes $50,000 and the other group makes $200,000 on average. The fastest-selling car we've had is a $27,000 Gucci convertible. We couldn't keep them on the lot.