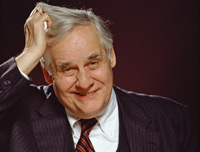 It's not all that surprising that effectiveness of marketing is as big an issue today as it was when John Wanamaker uttered his famous "half the money I spend" line. That's kind of  ironic, since the digital world was supposed to clear that up. Well, it certainly offers enough data, and these days there are as many data e-companies touting their ROI "solutions" as there are candy apples in the Magic Kingdom. But evidently knowing which half of your money is working for you is just as murky as it ever was. The only difference is it's not as simple as "half" any more.

So there you have it: accountability -- reliable ROI -- is the number one concern in this year's Association of National Advertisers Top Concerns Survey, whose results were garnered from an online poll in December and January of 155 executives -- most of them senior-level marketers.

And the ANA says accountability, returning to the top of the most-vexing list it last led in 2006, was well above any of the other issues in the latest study. The ANA reports that in a study it did last year on digital and social media, 62% percent of respondents using these newer media platforms said reliable ROI is still elusive.

The second major issue -- again, we can blame the blinding effulgence of digital media (to put it kindly) -- is how to make integrated marketing communications integrated. That was number three years ago, so things aren't exactly improving. Specifically, social, mobile, and online video platforms are making it harder to juggle cross-channel campaigns. In a 2011 Integrated Marketing Study, the ANA found just 42% of respondents rated their integrated marketing efforts as "excellent" or "very good."

Rounding out the top four marketing bugbears are innovation and effective brand-building, respectively. While these four issues stayed consistent since 2006, their ranking has changed, per the organization, which points out that building stronger brands ranked second in 2010, but fourth in 2007 and 2008. Media proliferation has been ranked the fifth top concern since 2006, while the globalization of marketing efforts, the 10th-ranked concern in 2006, is now sixth. The ascendence should not be a surprise for anyone, especially those looking at the automotive business, where automakers are focused on both manufacturing and marketing efficiencies.

The issues top marketers want the ANA to focus on this year align pretty well with the ranking above: