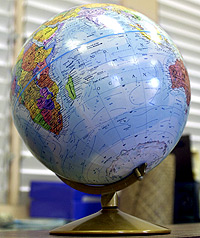 Facebook's heavy-footed entrance into the advertising space after agreeing to acquire Atlas from Microsoft has caused confusion about its intentions and future in ad serving.

Wieser, in a research note, speculates on what Facebook may do with the assets and potential conflicts.

"How will agencies and advertisers who presently work with Atlas feel about a media owner controlling their ad serving and campaign management toolsuite, and using their information to sell other services back to them?" he writes.

"Presuming there are currently restrictions on what Atlas can do with the data it manages, we think Facebook will face challenges in convincing existing clients to accept changes to its terms and conditions," he adds.

Atlas may have few clients today -- allowing Facebook to approach the market differently, according to Wieser.

As for Microsoft, a spokesperson said the company remains committed to display. Selling Atlas to Facebook does not affect the partnership with Yahoo and AOL. The Microsoft Advertising Exchange continues to grow as the companies bring additional inventory sources to sell the inventory via real-time bidding.

"All you have to do is look at Xbox Live, Windows 8, MSN and Skype to see our commitment to innovation in the display advertising world," according to a Microsoft spokesperson.

BlueKai DMP data will become available across all Facebook ad products, including native ad units that appear within the News Feed on desktop and mobile Facebook. The company does not have plans to make third-party Web site data available to Facebook. Only select clients can tap into the first-party data to re-target qualified audiences on the social site. It does, however, expect to work with Facebook to expand the service to other clients.