Kontera: For Ads, The Big Reveal Is A Big Mistake 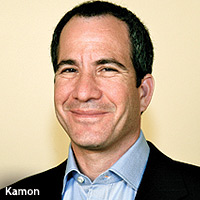 When it comes to Big Deal Advertising -- those super pricey ad extravagances meant to become the viral video sensations of March Madness, the Academy Awards, or the Super Bowl -- every marketing team thinks they’ve spawned this year’s Clydesdales. So some have stampeded to pre-release these cherished spots; others coyly withhold them.

While it’s hard to definitely say which strategy works better, new data from Kontera, which tracks some 400 million real-time content views and social conversations, shows that only a handful of marketers have figured out the right dance. Ammiel Kamon, Kontera’s EVP for marketing and mobile, tells Marketing Daily what seems to work best.

Q: So I know you’ve analyzed more than 30 advertisers from the Super Bowl and the Oscars. And just to be clear, your analysis finds that TV ads that were pre-released had more impact, right?

A: Yes. But the ones that did even better didn’t just pre-release the spot, and wait for it to take off. They created ways for people to engage and share it. Those are the brands that achieved the most amplification.

Q: Which company is your favorite example?

A: Grey Poupon, during the Oscars. It was surprising in many ways. First, it aired very late in the broadcast, after 11:30, which is when the audience typically begins to drop off. And we saw positive comments right away. But what happened next was this tidal wave of social amplification. The spot had a call to action, to go to the Web site and see these funny videos. The share of comments began to skyrocket, from just one spot. Apple and Samsung, for comparison, had spots that aired between 8 and 10 times and didn't generate nearly as much conversation.

Q: That’s an interesting example, since I doubt most of the people who watched actually remember the “Pardon me” ads from the early 1980s.

A: I know! But part of the appeal was just great execution -- the company even got a director of action films to make the video, so the James Bond feeling was very real. And of all the Oscar advertisers, it was the only one still moving the online conversation needle the next day.

Q: So what was the best Super Bowl strategy?

A: We looked at three groups, measuring each brand’s share of voice by aggregating the number of times brand mentions were seen online by consumers during all of December, and compared that to their January performance. We also looked at online share of voice right before the game, during, and post-game lift sustainment.

For the first group, the eight brands who only revealed their commercials during the game, there was an online consumption rise of 111%. The next group -- 17 brands that released their ads online early -- had a larger rise, of 134%. So there was no detrimental effect to pre-releasing. But of the 11 brands who released early and created more elaborate ways to involve the online community in the weeks leading to the game? Online brand consumption increased on average 210% for the month, more than three times what it was in December. And then it went up 93% the day following the Super Bowl.

Q: Which were the Super Bowl standouts, in hindsight?

A: Taco Bell’s “grandpa gone wild” was really masterful. It turned out to be very share-worthy. So were Doritos and Budweiser. Pepsi really maximized the community involvement, spoofing Coke and getting a 3172% increase in brand visibility during the January run-up. Pepsi still scored a nice bump of 76% the day after the event.

But the “big reveal” spots, including Jeep and Dodge, didn’t do that well.

Q: Obviously, this all hinges more on the quality of the spot itself than the release strategy, right?

A: Yes, and it’s clear that good storytelling stands out.

Q: But probably most of the marketers who bought these spots believed they were telling compelling stories, too. Is it a little like finding a four-leaf clover?

A: Yep. It’s hard for any brand to compete with the core programming of the big events. And then there’s a de facto bell curve. In an event like the Super Bowl, I’m very skeptical that multiple brands can rise to the breakthrough level. The best brands can do is have a content czar -- someone who can make sure the content created is truly share-worthy -- and then collaborate with agencies to make sure there are compelling ways to share. Too many marketers think that it’s just about creating great content, and it’s not. It’s about finding ways to amplify that content. Grey Poupon’s budget was very small compared to Samsung, yet it had a much bigger impact.