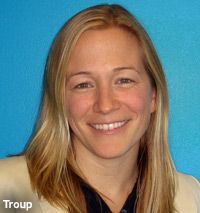 eBay has rebranded Shopping.com as the eBay Commerce Network in an effort to build out a lead-generation advertising network.

As an eBay company for eight years, Shopping.com has evolved from a comparison shopping site into a commerce network, connecting merchants with buyers on the eBay platform and across the Web, according to Kristy Troup, GM of U.S. at the eBay Commerce Network. "We're serious about this investment, so renaming the site to the eBay Commerce Network is the first signal of what's to come," she said.

Part of the strategy becomes providing a path to connect online consumers with local brick-and-mortar merchants. It's not a service the company offers today, but Troup said "we're interested in the concept and talking with some publishers who may be able to deliver that."

The services will compete with Google Shopping's product listing ads and Amazon Prime offering. Analysts are confident the company will pull in all its assets to support the advertising network.

J.P. Morgan Analyst Doug Anmuth wrote in a research note that eBay's Marketplaces, Payments and GSI Commerce will keep the company well-positioned for the next generation of commerce by featuring the convergence of online and offline shopping, and significant impact from mobile devices.

Merchants update descriptions that feed into the eBay Commerce Network, similar to Google Shopping's product listing ads, and the changes serve up across the eBay network within 30 minutes, Troup said. They can make updates as needed. The cost-per-click pricing model varies per category. All clicks aim to generate leads.

The network hosts about 200 million monthly visits, connecting consumers to more than 4,000 merchants, about 75% of the Internet Retailer top 500 retailers. It supports access to placements on eBay, Cnet, Bing and TheFind, among others. U.S. ecommerce sales amounted to $203 billion in 2012, according to Morgan Stanley, with E-Commerce-Statista Dossier (February 2012) estimating 37.6 million mobile buyers in the U.S. last year, which will become a major push for the network.