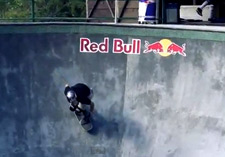 Although ranking fourth in terms of most-viewed brand channels, Red Bull ranks highest when engagement, influence and audience size are all factored in, according to an analysis by Outrigger Media.

Looking at the overall picture, Outrigger, using its OpenSlate video analytics platform, found that the top 500 brands on YouTube (based on data from the week of April 8, 2013, excluding entertainment category brands) logged 442 million total monthly views (884,000 average monthly views). They had 18.8 million total subscribers, and 35,000 average subscribers. They produced 315,000 videos, with 98,000 average views per video.

Importantly, the analysis found that the top 500 YouTube brands have an average of 2.6 million Facebook “likes” and 203,000 Twitter followers – which, compared to their average 35,000 YouTube subscribers, indicates that they have ample room to grow their video subscribers as their video-content strategies develop.

In terms of numbers of subscribers, technology brands within the YouTube top 500 lead, with an average of more than 60,000, followed by food/beverage brands, with average subscribers of more than 55,000. Travel and finance/business have the fewest subscribers.

The top three brands within major categories by numbers of subscribers are: