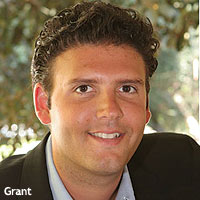 Electus, a multimedia studio owned by IAC, founded by Ben Silverman, has taken a stake in Hud:sun media, a production and entertainment company. The two will partner to produce programming for TV, digital channels and content marketing. Terms of the investment were not disclosed.

Hud:sun, founded in 2010 by Michael Rourke and MDC Partners, is currently producing shows like “Pregnant in Heels” for Bravo, and “I’m Having Their Baby,” a documentary series on adoption for Oxygen.

On the digital side, Hud:sun created and produced “Style Studio with Rebecca Minkoff” for Yahoo and produced video content for Conde Nast’s recent launch of digital video channels for Glamour and GQ.

In the branded content arena,  Hud:sun has produced custom content, including the launch of a digital fashion network on YouTube, “Channel 9,” for Nine West, “Genuine Ken: The Search for the Great American Boyfriend,” on Hulu for Mattel’s Barbie brand and “Unracked with Gilt Groupe” for the high-end fashion e-commerce site.

For its part, Electus has had a role creating and producing series like “Fashion Star,” a design competition series for NBC with an e-commerce tie-in and “The Hero,” an original reality search for action adventure starts with Dwayne “The Rock” Johnson for TNT.

Electus recently partnered with the Weinstein brothers and Starz to produce “Marco Polo,” a historical drama based on the life of the globetrotting Venetian from the 13th century.