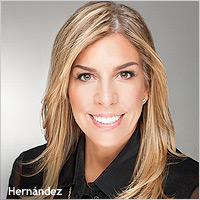 The U.S. Hispanic population is burgeoning, and so are its viewing options, thanks to a series of new production studio launches from the major Spanish-language and Hispanic-targeted media companies. In the most recent example, Telemundo Media this week unveiled Fluency, a multiplatform video production studio based in Los Angeles, which will produce content in both Spanish and English for a variety of U.S. Hispanic audience segments.

Fluency will produce content in categories ranging from romantic comedy to science fiction and adventure, according to Telemundo. One of the first series in development at Fluency is “La Buena Mala,” or “The Good Bad One,” which straddles the romantic comedy and fantasy genres; another, “ISA,” is a sci-fi coming-of-age story.

“Telemundo Media is doubling down on multiple platforms, distribution and content hubs to address the explosive growth of this market," states  Jacqueline Hernández, chief operating officer, Telemundo Media. She adds that it gives Hispanic audiences "the chance to watch what they want, when they want."

The series will be distributed by Telemundo owner NBCUniversal across platforms including broadcast TV, subscription video-on-demand, and mobile. Taking a page from Netflix’s popular “House of Cards” series, Telemundo and NBC will also make all the episodes of the new series available at once, enabling “binge” viewing as well as more measured consumption.

On the business side, Fluency will also seek to create sponsorship opportunities for advertisers, including exclusive branded content, brand integration and interactive campaigns that, for example, wrap ad messages around premieres and distribution windows.