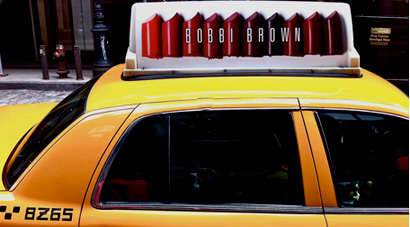 Macy's is using social to connect with customers. That, said Jennifer Kasper, VP of digital media and multicultural marketing at Macy’s, is essential to what Macy's has always been. "Our customers are 25 to 54. From the dawn of time, they have approached shopping as a social experience."

Kasper, speaking at MediaPost’s “OMMA Social” in New York on Monday, said that the company has been on a mission to see where social media fits "in the scheme of things," for a company whose core customer is a representative sample of U.S. population, does business in 58 of the top DMAs, and where 70% of people in those top markets go at least once per year to shop. The challenge is "creating conversation and driving purchases with customers we already have." The other challenge, she says, is thinking beyond Facebook and Twitter because younger consumers no longer think of those sites as hubs of social media. "We are pushing ourselves: there are sites like Keek and WaNeLo. Where does Macy's belong there as well?"

The New York-based retail giant is also trying to bake into its flagship redesign an awareness that the store is the place where the most relevant conversations are taking place. The company, which in 1926 created what used to be the "Macy's Thanksgiving Day Parade" and now is pretty much called "The Macy's Day Parade," has extended its big-awareness efforts with social elements to programs like "Dancing With the Stars," and "Fashion Star," with which the company has deep integration, with a real-time social/digital where people can buy the dresses that Macy's buys from designers. "Not only are designers selling them, but viewers can buy them in real time when the [Macy's] buy is made."

The company also had success with its integrated "Bobbi Brown" content at eponymous retail spaces at Macy's stores. Kasper says the videos are adjacent to the counter where consumer engagement with video took off.

One question is how to pay for social engagement. "The upside is we can tag and measure. We are doing this in-house to build out smarter attribution models. That we have so much data gives me a huge asset to play with.”

Building an affinity for Macy's is more than driving a sale, per Kasper. The idea is to step back and look at the big picture, which is mostly regional. "For Macy's, how do we introduce it in a much more light-handed way? Strategically, we are very focused on that. How do you roll that out to outlying stores.” One core part of that strategy is a "My Macy's" philosophy that applies not to the brand at large but to consumers' local stores. "When they walk into their Macy's, it's about getting the customer the product they want where there's demand." The company is playing with the idea of having a social media strategy for local operations, incorporating things like a paid Facebook page for every store.