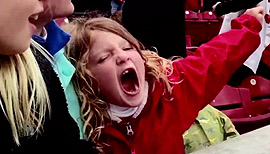 In the midst of its summer “American Icons” ad push, Macy’s is seeking to strengthen its connection with veterans, with “Got Your 6 Saturday.”

Macy’s, which has long used such shopping events to link with popular causes, says it will sell $3 shopping passes, which earn customers 25% off much of the store’s merchandise. All proceeds from those passes go to Got Your 6, a group that focuses on improving veteran reintegration.

Earlier this spring, the retailer announced its intention to use events to raise $3 million for new charity by June 9, and is using its “American Icons” campaign to help raise awareness for the challenges veterans face when they return to civilian life, including jobs, education, health, and housing.

The Cincinnati-based store has also put out an open call to other causes for its Aug. 26 “Shop For A Cause” event. While much of its promotional schedule revolves around its favorite causes throughout the year -- which include breast cancer in October and heart health in February, as well as the March of Dimes and national parks -- this event includes consumers’  favorite charities. Last year, more than 7,000 groups participated. And since its inception in 2006, the event has raised more than $46 million.

Meanwhile, with its crowdsourced “American Icons” ad campaign now on the air, the company is focusing on its “American Icon” special events drive, including collections and promotions in stores, and “Macy’s Great American Drive-In,” a series of pop-up drive-ins around the country, which include a screening of “The Smurfs,” with a special trailer for “The Smurfs 2,” which opens alter this summer.

And to honor Father’s Day, it’s shifting its focus to baseball icons, including “Macy’s Day at the Ballpark” in 10 Major League and 35 Minor League ballgames.

In its most recent results, released earlier this month, Macy’s said its same-store sales increased 3.8%.