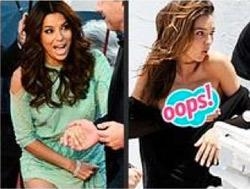 That’s among the key findings of a new OPA study on native advertising that asked publishers to first define the term, underscoring the ambiguous nature of the much-publicized ad format embraced by publishers from Twitter to Time Inc.

OPA members defined native advertising as being integrated into the design of a publisher’s main site (93%), featuring content provided by or produced with an advertiser that runs in the editorial stream (86%), and is clearly labeled as ad content (79%).

To help clarify, the Interactive Advertising Bureau (IAB)  set up a task force recently to create a framework and best practices around native advertising.

Native advertising has not been without controversy for blurring the distinction between advertising and editorial. In one example that is often cited, The Atlantic pulled an ad labeled as “Sponsored Content” online from the Church of Scientology earlier this year following criticism. Asked about whether native ads had led to any backlash, however, 71% of OPA publishers said “none.”

“Native advertising is a natural outgrowth of the kind of collaboration OPA members have done with marketers for years in the form of custom programs,” said OPA President Pam Horan, in announcing the study results. She added that marketers want to leverage the content expertise and “brand halo” of its members that include Disney, Forbes, WebMD and National Geographic.

To capitalize on the native ad boom, nearly all publishers (95%) said they have dedicated sales and creative teams for the segment, and more than half of those teams had four or more people. The OPA also offered some best practices itself for native advertising across editorial, sales, marketing and legal functions based on feedback from publishers.

*Ensure that native content mirrors discoverability of editorial through search and social media.

*Amplify native advertising through paid and social media on and off site.

The findings were based on surveys of 29 of the OPA’s 65 member publishers and interviews with a dozen members conducted from May to June 2013.