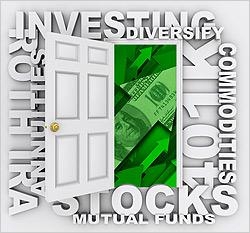 t financial decisions are influenced more by people's subjective feeling of how much they know than what they actually know about potential investments, according to a new set of studies.

A paper that appears in the June 2013 issue of the American Marketing Association’s Journal of Marketing Research shows that people are more likely to choose investment options that they feel they understand better, regardless of how much they actually know about them.

For example, people tend to under-diversify their investment portfolio -- thereby exposing themselves to greater risks, as they fail to save enough money for retirement, or to use tax benefits efficiently.

The studies suggest that what's most important in financial decisions is not what we know about the available options, but how knowledgeable we feel about them.

Financial educators will better serve consumers if they ensure that the financial information they provide does not impede consumers' feeling of knowledge, but rather enhances it.

"Despite the massive resources allocated to financial education, these programs often backfire because the information they provide is often presented in ways that make consumers feel confused or intimidated and thus deters them from investing," said Liat Hadar, an assistant professor of marketing, Arison School of Business, Interdisciplinary Center Herzliya. "Financial education efforts would be more effective if they present only the essential details concerning relevant investments in ways that are easier for consumers to understand."