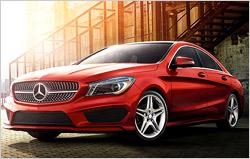 The fact that auto sales are returning to healthy numbers has more than a little to do with the fact that affluent buyers are jumping back in as well. That’s good news for volume, as the government’s 2011 consumer expenditure survey shows that households making $100,000 account for 43% of total spend on cars and 54% on trucks.

According to IpsosCT Audience Measurement Group’s most recent look at the luxury market for autos, those aren’t just luxury cars. Steve Kraus -- chief insights officer at Ipsos MediaCT's audience measurement group, who led a presentation of the new data last week -- said four brands are owned by 20% to 25% of affluents, including those making $500,000 or above (wealthy). They are Ford, Toyota, Chevrolet and Honda. "Remember a couple of things: on average they have 2.6 cars, so they may have a luxury car, but not every car is luxury. And the numbers don't drop much when you go to the wealthy," he says.

As for luxury brands, there's something of a long tail; more brands with lower share. Top luxury brands owned by at least 5% of affluents are, in descending order, BMW, Lexus, Mercedes-Benz, Hyundai, Acura, Cadillac, Infiniti, Lincoln, Audi, Porsche and Land Rover. Hyundai is in there because of its higher-end Genesis and Equus cars. Most top-of-mind are BMW, Mercedes-Benz and Lexus. But Cadillac is next, followed by Audi.

Where affluent consumers -- and especially wealthy consumers -- differ from everyone else is in how they get information to build consideration. Surprisingly, given the skyrocketing influence of the Internet both for research and shopping, the majority of affluents prefer the tete-a-tete at dealerships. After that comes word-of-mouth from family and friends, followed by print publications, then recommendations from auto experts, and dead last is the Internet.

Still, given the preference for dealer experience, Kraus says most affluents don't find it that positive and many don't mince words. "Some described it as 'being stalked like prey,' or 'I have to go in armed for battle.' But others said that it's better than it used to be."

Anne Bui -- who leads Ipsos' West Coast automotive center of excellence, which tracks customer experience at retail, and who sat on a panel of industry observers after Kraus' presentation (full disclosure, this reporter was on that panel, too) -- said that a lot of mass market brands realize the importance of dealership experience, and not just for affluents. "I think for many automotive customers, whether you are buying a Honda, Ford, Lexus or BMW, you try going into the showroom and walk away without a purchase. What makes the difference for premium brands is expectations are so much higher." She says automakers should focus on convenience, respecting the customer's time constraints and being transparent when it comes to price and options.

Among the 44% of affluents who find print extremely or very important sources of research and inspiration, the auto vertical -- Road & Track, and Car and Driver for instance -- is the most popular go-to. Thirty-seven percent of affluents go to motor books, then newspaper articles, advertisements in auto buff books, articles, ads in newspapers, and ads in non-auto magazines. Kraus said around 34% of that traffic goes to the digital sites of those publications too.

Libby Murad-Patel, senior director of strategic analytics at Jumpstart Automotive, is seeing similar media patterns, but points out that automaker's Web sites separate themselves from the pack in terms of influence for consideration and information.