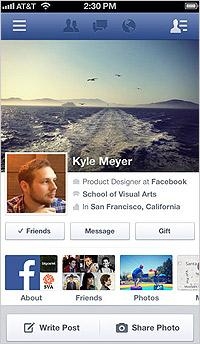 Back in March, comScore published combined mobile and desktop and mobile-only traffic for the top Web sites with the launch of its Media Metrix Multi-Platform service. By adding unduplicated mobile visitors, the data showed that the total digital audience across the largest 100 U.S. sites increased 38% on average from standard PC-based traffic totals.

An update on those figures as of June shows that the total audience for the top 100 sites has grown by 49% when counting monthly unique visitors from (iOS and Android) smartphones and tablets.

Incremental traffic from mobile for most of the top 50 Web properties has continued to ramp up since February, underscoring the shift in usage from PCs to handheld devices.

At the extreme end of that trend is Pandora, which now has twice as many mobile-only users (42.8 million) as desktop users (21.5 million). Its 200% incremental gain from the mobile side is up from 183% four months prior, giving it a total digital audience of 64.4 million. That translates to a No. 20 ranking in the Multi-Platform rankings, while the online radio service doesn’t even make the top 50 in comScore’s traditional monthly rankings.

The social network’s traffic increase from mobile-only users grew to 26% in June from 20% in February. Traditional media properties also saw growing mobile gains, if not as large as those of digital pure-play companies. The New York Times, for instance, saw mobile increase its reach by 41%, up from 33% in February, while Hearst saw a gain of 38% versus 31%.

The 48% increase for ESPN, which has emphasized mobile content for some time, was about the same as four months earlier.

Not all video properties have seen healthy audience gains from mobile, however. The 6% bump Vevo got from smartphones and tablets in February actually decreased to 3% in June as only 2 million of its total audience of 61.5 million were mobile-only visitors. Another 2.4 million accessed the music video hub on both mobile devices and PCs.

The top sites overall also are not making eye-catching gains from purely mobile users. That’s, in part, because many people access them across both desktop and devices. Google in June boosted its reach from mobile-only traffic by 12% (down from 16% in Feb.), Yahoo, 13%, and Microsoft, 8%. Google’s overall mobile audience has grown to 118 million, with 31.3 million of those unduplicated mobile users.

The comScore findings suggest that Yahoo, meanwhile, will pick up mobile growth indirectly through its $1.1 billion acquisition of Tumblr in May. The blogging site in June saw its total digital audience reach 46.6 million, with a 29% rise in mobile-only users.

How successful Yahoo is in monetizing that traffic is another question. Companies like Pandora and Facebook have been able to manage the mobile transition to date, while Zynga has struggled. The shift from desktop to mobile-only, however, has not been nearly as dramatic for Tumblr as Zynga, giving Yahoo and Tumblr more time to figure out their mobile business.