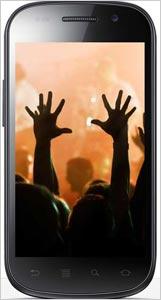 In order to enhance its ability to gather user-generated video at news scenes, NBC will announce today its acquisition of mobile video startup Stringwire. The company, which has not yet released its mobile app, allows users to create live video channels that can help find users who are near a breaking news story and invite them to contribute video. The New York Times is reporting the acquisition. NBC News chief digital officer Vivian Schiller says: “You could get 30 people all feeding video, holding up their smartphones, and then we could look at that.”

According to the report, this deal is more about acquiring the company founder Phil Groman, who developed the technology while he was a graduate student at NYU. Schiller told the Times that the announcement also signals NBC’s interest in hiring some of the entrepreneurs and technology inventors who tend to go to the big Silicon Valley firms and major digital media like Google and Apple. Schiller said that while the technology will be used by the news division, it has the potential to be licensed and commercialized for others.

Stringwire leverages some of the news activity that already occurs from eyewitnesses on Twitter. The app helps mobilize these on-the-ground citizen reporters by inviting them to add video reporting. The company's technology will help to gather and stream the live video to NBC where the company will be able to review and repurpose it.

The acquisition certainly fuels discussion about how news divisions are relying increasingly on pooled reporting and even user-generated content as the business models for enterprise journalism have come under pressure. In June, the Chicago Sun-Times fired its entire staff of photographers, deciding to rely instead on their own reporters using their iPhones.