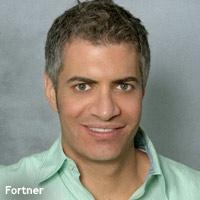 MediaCom USA has appointed Mark Fortner to the new position of Managing Partner and Head of Innovation, the agency confirmed.

Fortner is tasked with heading the agency’s effort to fuse creativity, media and technology to further drive business results for clients.

Fortner, a 20-year industry veteran has experience in both the media owner and agency sectors. He also has an entrepreneurial bent, having co-founded Boldride.com, a website for car enthusiasts.

Earlier Fortner was head of non-traditional advertising for ad shop Berlin Cameron where he oversaw development of non-traditional marketing platforms for clients including Boost Mobile, Samsung, Silk Soymilk, New York Life, and Coca-Cola among others.

Before that Fortner was brand manager for Fox Sports just as the division was getting off the ground in the late 1990s. He’s credited with setting the strategic framework for the unit’s positioning in the marketplace.

Given the massive and ongoing change throughout the media landscape, innovation is essential in the media agency business. Clients demand it and numerous shops have executives and teams devoted to it. Sasha Savic, CEO of MediaCom USA cited Fortner’s “record of blending a top-notch creative sense with all kinds of media to help companies set themselves apart from their competition.”

Fortner’s appointment is the latest in a series of recent senior hires at the GroupM agency. In June MediaCom hired Jose Bello as Head of Multicultural while Steve Carbone was named Head of Digital and Analytics. Also Khartoon Ohan was appointed Head of New Business.