The Roller-Coaster Ride Has Ended For Theme Parks 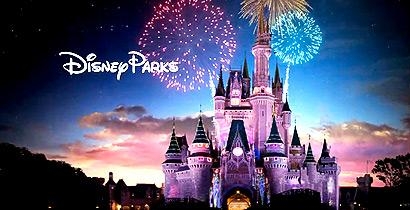 Theme parks are recovering from the recession, and with a boost from new attractions and pricing, are paced to reach a record-breaking $14.4 billion in 2013.

That’s the finding of new research from Mintel, which also looked at overall park attendance trends and the role of social media in building traffic.

Two-thirds of all teens ages 12-17 have visited a park in the last year. That’s actually a decrease from 76% five years ago. Adult park use has held steady at 22-23%. In fact, one in five over age 55 consider themselves “avid” theme park visitors.

Fiona O’Donnell, Mintel lifestyle and leisure analyst, attributes this to cost, with the typical daily cost of attendance rising to $170 or more from $150 in 2007.

Eliminating wait times through technology and incorporating other gaming elements would help lift attendance, the researcher concludes, as 76% of theme park visitors told Mintel that parks should use technology to manage wait times.

On the social front, Disney led the way, with 22% of theme park attendees claiming to have visited a Disney Parks Web site, Facebook page or Twitter account before arriving.

Next in order were 15% for Six Flags, 14% for Sea World and Universal Studios, 12% for Busch Gardens and 19% for the regional Cedar Point.

Indeed, today’s posting on Disney’s Facebook page was a photo of Dumbo the flying elephant and the exhortation “Don’t just fly, Soar!” Within 43 minutes of its posting, the image had been shared 662 times, drew 10,000 likes and 119 comments.

The folksier Cedar Point Facebook page, meanwhile, promotes a weekly ticket giveaway and the more one shares the offer, the more entries one gets.

“For theme parks such as Cedar Point, Six Flags and Busch Gardens, which have shorter seasons than year-round parks Sea World and Disney Parks, using social media to keep people excited and talking about the brand is crucial,” says Gabi Lieberman, social media analyst at Mintel, listing blogs as the most important unifying platform to drive conversation.