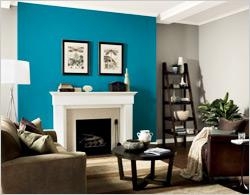 Business is booming at home improvement stores among some of the most battered retailers in the last five years. With real estate sales perking up all over the country, both Lowe’s and the Home Depot posted stronger-than-expected results, and upped their forecast for the year ahead.

“Home improvement demand was strong during the quarter,” says CEO Robert A. Niblock, in its release, and across all product categories. As a result, it says it now expects a 5% annual gain in sales, with same-store results rising about 4.5%.

"The second quarter results exceeded our expectations as our business benefited from a rebound in our seasonal categories, continued strength in the core of the store and the recovering housing market in the U.S.," says CEO Frank Blake.

It also bumped up its forecast, and is now calling for a 4.5% gain in annual sales, with same-store results expected to rise 6.5%.

Fueling those increased expectations is a pretty-darn-hot real estate market. Just-released home sales results from the National Association of Realtors show the latest median price increases of existing homes have maintained their double-digit year-over-year increases. In July, sales of existing homes increased 6.5% from June, and 17.2% above sales in July of last year.