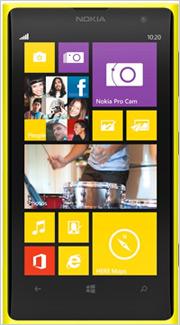 Google bought Motorola's mobile business, in part, for patents. Now Microsoft's acquisition of Nokia's business gives the company access to patents. In fact, about 8,500 design patents related to the ownership of the Lumia and the Asha brands, and a ten-year license deal to use the Nokia brand on phones. The company also gains Nokia's utility patents, a portfolio of about 20,000 patents and applications. By the way, the Lumia 1020 phone supports a 41-megapixel camera.

During a press/investor conference Tuesday morning, Microsoft estimated the deal will generate $1.7 billion in worldwide smartphone shipments by 2018. No word on what the implications are for mobile search and advertising.

Nokia -- one of the first brands to bring mobile phones to consumers -- found it difficult to carry the success to the high-end smartphone market, where the company's shipments fell 65% in 2012 compared with 2010, according to Juniper Research.

While this acquisition provides Microsoft with a much-needed lift in the mobile market, and integration of the new assets, building a brand with increasing market share will become the real challenge, according to Juniper's note.

Still, Nokia will likely focus on mapping and geo-spatial services as an alternative to Google Maps, Juniper explains. The acquisition means Nokia will focus only on network infrastructure and services; HERE, mapping and location services; and advanced technologies.

Juniper estimates that Apple running iOS and Samsung running Android will split the majority of smartphone sales by 2018. In five years, worldwide shipments from the two companies will reach about 800 million, which the analyst firm estimates is 17% more than global shipments from all vendors in 2012.

Long-term, Windows may gain share -- especially at the expense of third-tier operating systems -- but Sebastian expects handset OEMs to continue favoring Android due to its "leading consumer mindshare, significant app developer support, high-value mobile apps from Google" like Maps, YouTube, Chrome, Gmail, and Google's rapid pace when it comes to innovating in Android.