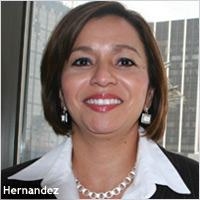 As a technology company, AT&T knows it must appeal to American youth of every culture: Caucasian, African-American, Hispanic, an, increasingly, Asian-American. The company is currently in the midst of its third campaign aimed specifically at Asian-American youth. Following on the heels of its interactive digital efforts “Away We Happened” and “When It Counts” campaigns (which garnered 13 million and 6.7 million views, respectively), AT&T this summer launched “Take Your Shot,” which is giving three winners to work under the mentorship of three Asian-American filmmakers (Jon M. Chu, Freddie Wong and Wong Fu Productions) to create a short film using only a smartphone.

Q: Tell me a bit about this most recent effort. Where did it come from?

A: It’s an evolution. We had two successful campaigns, [and] we were looking for something to connect in a deeper way with the Asian-American consumer. Up until this point, we did some crowdsourcing, which was the central focus of those first two efforts. But we wanted a sense of deeper engagement and we knew that perhaps we weren’t going to see the 10 million views we had with the previous campaigns, but perhaps we would see consumers get more engaged. So we wanted more shares, we wanted more voting and more participation in the overall development of these story lines and the short films that are getting produced.

Q: How is this different from the previous two campaigns?

A: We really felt like we wanted to take product integration to the next level. In previous campaigns we saw our work as an integral part of the story line. In this instance, we wanted to see product integration to the next step, which is where we got the idea of not only creating a short film, but creating a short film with a smartphone. When Wong Fu and others were starting out making short films for the Web, the quality of the camera was less than what you would find in today’s smartphone cameras.

Q: How would you describe the importance of the Asian-American youth market to AT&T?

A: It’s a growing segment, and it should be important to any company -- especially a technology company. They over-index in smartphone usage and social media engagement. Often they come from countries that are doing things with smartphones that we are just getting to today here in the U.S. They should be important to any tech company. If you look at the growth in the segment, even though the numbers are smaller than other segments, they grew faster than the Hispanic market. Long-term, if you want to succeed in the marketplace, at least for us, you’ve got to win with the Asian-American segment. We’ve got to be their provider of choice.

Q: How do these programs appeal specifically to that market?

A: One thing we knew was that this segment was highly social and highly engaged on YouTube with Asian film producers like Wong Fu. So we went into it with that fact in our favor. We were quite smart about who we partnered with, and the vehicles we used to target them, and we went where they were.

Q: What are some of the challenges in reaching the Asian-American market?

A: Often the challenge is that they have so many languages that are spoken. And we do market to them in other languages for our other lines of business, but it’s a challenge. You have Chinese, you have Korean, Filipino, Japanese. If you look at Chinese, you have Mandarin and Cantonese, where the written word looks the same, but it’s spoken differently. It’s just so segmented from a language perspective that it can get challenging for a marketer to decipher where do I go, and what do I do?

Q: So how do you manage that?

A: We look at language dependency, and the census is a great resource that tells you an idea of bi-culturalism and bilingualism in different segments. We know that Chinese is one of the largest segments, and we know it’s one of the most language-dependent, so we’ll often market in Chinese. Another factor that comes to mind is our current product mix, so I have a robust offering of U-verse channels for an Asian Indian segment, so I might market to an Asian-Indian segment what we offer on U-verse. It’s prioritizing based on size of the market and the needs of the market, but it’s also based on our products.

Q: Given the breadth of multicultural marketing, has it gotten easier or harder with technology and targeting tools to reach these segments?

A: Yes and no, because the media has gotten so fragmented. We now talk about three-screen content. There’s more ways where people are receiving messages. The fact that there are so many different tactics now and that everyone is competing for everyone’s attention is no different than what you’re seeing in the general market.

Q: What's next for AT&T and Asian-American marketing?

A: We will not walk away from crowdsourcing, as we know this works for us. With the previous two campaigns -- Away It Happened and When It Counts -- and Take Your Shot, we have continuously raised the bar. We will go down the path of deepening our engagement in our future program.