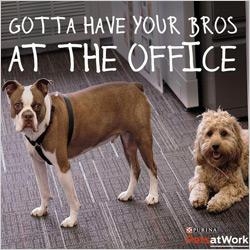 Purina brand has a big pawprint in the social media petscape. The Nestle brand -- top dog in the category with 24 different brands under its umbrella -- is also the most trusted brand in the category, per Michael Kotick, senior brand manager for Nestle Purina NA.

But social media can both cement that trust or help a brand lose it. "Consumers expect a response [on platforms like Twitter]. The challenge is how do we set up to build a bridge to consumers as they become more connected," he says. "How do we translate this idea of trust into a new consumer mindset and build on it in a way that is highly personal."

At a MediaPost OMMA Social panel on Monday, he said the upside is big, since in today's connected world people who have great experience with a brand share it with others. "Now that we are digitally connected to everyone, there is a trail of breadcrumbs back to the brand."

Ian Schafer, CEO of Purina's digital agency New York-based Deep Focus, who shared the podium, said the key was figuring out how to take the brand beyond product pitching on social, "and deliver utility, service and inspiration that's meaningful." He notes that there is a huge base of pet owners, and a lot of them are not Purina buyers. "There are 1.7 million conversations a month that are relevant to us. They might be tweeting about pet incontinence, or separation anxiety but they are generally looking for insight from friends and followers. It's not necessarily a tweet to Purina. We have to also be always on. Real time is strategy, mentality and tactic."

Kotick said the company, using the social media "war room" idea for an in-house team, is more like a firehouse with real-time response, with Purina is willing to do things "over the top" to wow consumers and customers.

The company brought Deep Focus' digital content division Moment Studio in house, per Kotick. "We are literally reviewing thousands and thousands of  conversations per day and responding to nearly a thousand per week. The response window is about two hours." What is Purina responding to? Anything, including requests for help. And some of the people answering -- often via Amplify videos -- are employees, many of whom bring their pets to work at the St. Louis company.

In one case, a woman tweeted about the dog she had adopted, a former military dog who had been blinded by a bomb. She was having trouble figuring out how to train it, per Kotick, "so we flew out a trainer, had a one-to-one with her all brought on by engagement with Twitter. If we weren't committed to this, it would have been a link and that's it."

The results of Purina’s social 24/7 real-time response program have included a 100-fold increase in @Purina mentions from an 86% response rate. "We have sent over 5,500  personalized tweets over the past month, yielding over 6 million quality impressions.”