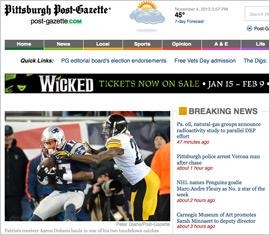 September was the busiest month ever for newspapers in terms of digital traffic, with 141 million U.S. adults visiting a newspaper Web site or using a newspaper mobile app.

That figure is up 11% over June and represents 71% of the country’s total online adult population, defined as the total number of adults accessing any type of digital content, per comScore.

The stats for newspapers’ mobile-only audience are even more impressive.

The number of U.S. adults who only use mobile devices to access digital news content, including smartphones and tablets, jumped 22% over the same period, from around 27 million in June to 33 million in September, representing 23% of newspapers’ total digital audience.

Meanwhile, the number of adults who access digital news content via both desktops and mobile devices increased 28% to 44 million during this period. Thus, the total mobile audience for U.S. newspapers was 77 million U.S. adults in September, or 55% of the total audience.

Newspaper publishers still face the challenge of monetizing this growing traffic, especially as digital advertising has so far failed to live up to earlier expectations. Most big publishers have sought to boost circulation revenues with digital subscription services, typically paired with online paywalls that require users to buy digital subs after accessing a certain number of articles for free each month.

However, these strategies aren’t always successful, as demonstrated by recent moves at the San Francisco Chronicle and Dallas Morning News to dismantle their online paywalls.