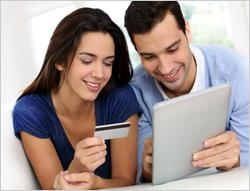 Forrester is predicting that Americans will spend $78.7 billion shopping online this holiday season, an increase of 15%. And for both online and physical retailers, mobile is playing an increasingly complex role for the 167 million shoppers who will click to buy, spending an average of $472 per person.

While only a small portion of those will actually use their phones to make a purchase (Forrester cites IBM data that during the 2012 holiday season, just 16% of overall sales came from mobile devices, with the majority coming from iPads) mobile continues to wield a different kind of power. Forrester predicts 186 million people will own smartphones by the time the calendar turns, and 87 million will have tablets. All of those are at least potential mobile researchers, “which raises the stakes for all retailers,” analyst Sucharita Mulpuru tells Marketing Daily. “Not only do they have to be more competitive online, but in stores as well. When the web was still its own beast, they could have different prices. With mobile, the influence of web pricing is everywhere.”

The report finds that some 57 million people are currently using their phones for at least some purchases, but “they tend to come from those consumers who have shifted channels rather than being incremental sales.”

The main appeal of holiday shopping online continues to be about deal hunting, and those sites offering the best prices and the best shipping deals will win, it reports. Forrester has found that  50% of shoppers would consider buying from an online retailer that they had never used before it offered the lowest shipping cost or free shipping; 42% say the best deal offers sway them.

Overall, it predicts that online channels will continue to steal share from physical stores. Last year, for example, people said they did 41% of their total Thanksgiving weekend spending online, compared with 38% in 2011. “Consumers consistently report that they find better deals and value online, that shopping online saves them time, and that they find products that they can’t find anywhere else,” it says.

To Mulpuru, though, the biggest question of all about the holiday season is still how online retailers will deal with the shorter selling period. “What will happen from a shipping standpoint? From a discounting standpoint? It will be interesting to see what happens.”