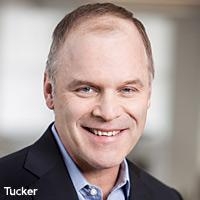 Starcom MediaVest Group veteran Bill Tucker has joined the 4As as executive vice president of Media Relations. The appointment is effective in January, and he will be based in New York.

Tucker spent nearly 15 years at SMG, including a stint as CEO of MediaVest from 2007 to 2012 and most recently as SMG’s president, global client operations.

Tucker will oversee all of the 4A’s media committees and task forces and serve as the association’s “central liaison” with the media industry. During his career he has served multiple terms on the organization’s Media Policy Committee.

In addition, Tucker will work on developing strategic partnerships for 4A’s events including the annual Transformation Conference and provide data and analytic expertise to the association and its members.

“We are truly fortunate to have someone with Bill’s stature join us in this vital role at the 4A’s”, said Nancy Hill, the group’s president and CEO. She added that he "embodies the kind of passion and enthusiasm that will propel our industry initiatives forward.”

Added Bill Koenigsberg, president, CEO and Founder of Horizon Media and vice-chairman of the 4A’s Board: “Bill is a proven leader and ideally suited to help the 4A's drive the next wave of media and marketing innovation. Along with the entire 4A's board of directors, I look forward to helping Bill shape the future of our industry and drive growth for our clients.”