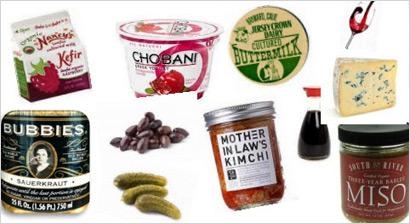 So-called "functional" foods — generally thought of as foods enhanced with nutrients or other health-beneficial components — have enjoyed significant growth in recent years.

But consumers are instead now increasingly looking to naturally or inherently nutritious foods and beverages — "traditional foods rooted in folklore as beneficial and delicious," according to Melissa Abbott, senior director of culinary insights for The Hartman Group consumer research firm.

Americans' increasing demand for "real," fresh, nutrient-dense foods in general, including their snack choices (snacks, importantly, now account for 53% of all eating occasions, often displacing meals), means that they're seeking out convenient, portable options that fall into that inherently nutritious category, Abbott pointed out in a recent presentation.

"It's not about functional foods — that's not what consumers are interested in," she said. "They are looking to their snacks to provide much more of an [inherently] nutritious profile."

Other foods/snacks benefitting from this trend include nuts; foods that use meal or flour made from nuts or "ancient grains" rather than processed white-wheat flour; "high-quality" jerky (driven by "Paleo dieters" who strive to eat foods consumed by our cave-dwelling ancestors); and foods that contain "good" or "real" fat (real butter in moderation or healthy oils, versus margarine, for example).

Abbott notes that "cultured" foods (including fermented, lacto-fermented, pickled, cured and brewed foods/beverages) are also benefitting, as consumers view them as falling into the inherently beneficial category.

But whether deemed "functional" or not, foods and beverages with probiotics are expected to continue to show strong growth over the next several years, according to a new report on the global probiotics market from research firm MarketsandMarkets (which considers probiotics to be "prime beneficiaries of the recent fad over functional foods").

MarketsandMarkets estimates that the overall global probiotics market was valued at $24.2 billion in 2011 and will show a compound annual growth rate (CAGR) of 6.8% between 2012 and 2017.

Although the U.S.'s share of sales of probiotics-containing products is smaller than the shares of other countries (the Asia-Pacific region had a 40% share in 2011, followed by Europe and North America), U.S. sales of these products are projected to see 6.8% CAGR from 2012 through 2017 — driven by probiotic yogurts and probiotic cultured drinks in single-serve packs, and probiotic dietary supplements, MarketsandMarkets reports.