CEOs Are Jittery About Consumer Experience 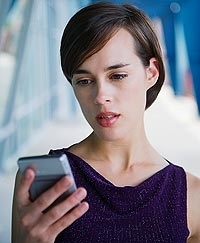 Nearly all brands say the CEO is taking seriously his or responsibility for organizing how the company talks to customers via social media and other technological and digital bridges. A study by the Economist Intelligence Unit sponsored by SalesForce.com finds that 65% and 93% of CEOs and CMOs, respectively, say that their organizations have changed their strategies for enhancing the customer experience. In the firm's global survey, "The Rise of the Customer-Led Economy," based on a poll in June of 1,300 executives in  Europe, Asia-Pacific and North America, about three-quarters of CEOs said customer intimacy is their primary value proposition now, compared to three years ago.

Well and good, but which channels do consumers like to use most for engaging with brands? The study says that right now it's company websites, email, social, telephone and mobile apps in that order. In the next three years, if the survey reflects reality, the channels of choice will be social media, mobile apps, company websites, email and blogs. In reverse, companies said they mostly rely on their websites (51% of respondents) and email. Only 23% said they use social and 10% mobile apps.

More than half (54%) of senior executives said mobile apps are a “key instrument” for improving connections with customers. But only about half of them have actually released an app. The companies with the strongest overall performance were "significantly more likely" than others to invest in a range of collaborative technologies for communications between teams. Right now, that means email for 60% of respondents, with about 54% saying document sharing and creation. Respondents said In three years it will be enterprise social networks first and email last.

As it stands today 41% of companies surveyed said they already have some kind of "connected product" on the market, and two-thirds plan to invest in these products in the next three years.

In terms of the challenges companies say they face, 40% said number one is uncertainty about which channels will dominate; the same percentage said the issue is balancing the need to respond to individual feedback with the need to perceive and respond to emerging trends across segments. Thirty-six percent said they worry most about the degree of difficulty they face in extracting customer insights from big data. Thirty-five percent said building customer trust around personal information is the big issue.