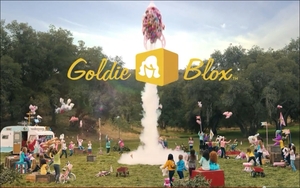 Nearly all small businesses are priced out of airing Super Bowl ads. After all, it's hard to justify the $4 million ad buy when that cost likely exceeds their total annual revenue.

Still, with 121 expected viewers, the Super Bowl is a once-in-a-lifetime opportunity for exposure. Hence, seven months ago, Intuit and the full-service ad agency Rubin Postaer and Associates (RPA) launched the "Small Business Big Game" contest to award one small business -- defined by having fewer than 50 employees -- with their own Super Bowl ad.

This Sunday, Intuit will share its Super Bowl ad time with the winner of the contest, GoldieBlox, a girl-targeted toy company. Intuit is covering the cost of developing and producing the commercials as well as purchasing the ad time. The three other small businesses may not be receiving Super Bowl exposure, but Intuit will air ads for them on FoxSports1 later this year.

The contest initially cast a wide net for entries. "We really had no idea what the response was going to be," says Nathan Crow, creative director, RPA. "We did know that we needed to create a really low barrier of entry to make it easy for small businesses to enter."

Hence, 15,000 companies entered the contest, while later rounds required videos. "You could definitely get an idea of how much heart and soul they poured into their business which was reflected in the videos," says Crow. Adds Lowrey: "We've done UGC [user-generated content] in the past and it’s a mixed bag, but these were really well done."

Then, 8,000 Intuit employees voted 20 submissions down to four, with the general public eventually selecting their favorite small business.

Still, it may seem odd that a company is paying so much for an advertisement to then give the spotlight to someone else, but RPA executives say their intent was to do something different. "We believe in finding 'white space' for our clients," says Lowrey. "An idea that puts them all alone in front of people -- things no one else is doing."

And it's not too soon to start thinking about next year.  Intuit is currently preparing a campaign to generate buzz for small businesses in their local communities.