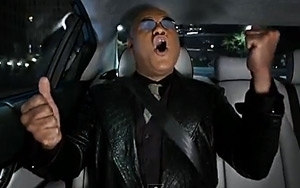 Automakers battled it out during the Super Bowl at a cost of $4 million for 30 seconds of airtime, while Edmunds.com offered real-time stats on how the automaker's ads resonated among consumers on the company's Web site. The company analyzed manufacturers experiencing an increase in searches, clicks and shares.

Edmunds tracked the lift by measuring the interaction for each quarter during the game against the average of the previous four Sundays on the site. Audi, Chevrolet, Hyundai, Kia, Maserati, Toyota, Volkswagen, and Jaguar stepped up to compete for viewer attention between the touchdowns and the field goals made by Seattle Seahawks and Denver Broncos players.

The analysis reveals some interesting trends about how television ads, specifically those running during the Super Bowl, can influence online searches across Web sites. It's important to remember that while consumers must take the first step and consider the purchase of a brand by looking up prices, reviews, specs, and photos, not every Web site visitor who views new vehicle content will like what they see and make a purchase.

Maserati's 60-second ad for Ghibli prompted a 3,220% lift during the first quarter of the Super Bowl, rising to 3,962% during the second quarter, but fell to 2,336% during halftime.

The Jeep brand experienced a strong lift during halftime, at 182%, with its sponsorship of the halftime show and Cherokee advertisement. Bob Dylan, Chrysler's spokesperson for its Super Bowl ad, took an all-American theme, asking viewers: "Is there anything more American than America?" The ad focused on the legacy built by Detroit. "Let Germany brew your beer. Let Switzerland make your watch. Let Asia assemble your phone. We will build your car," Dylan said in the ad. The consideration for the Chrysler 200 rose 119%.

Consideration for Kia's brand K900 rose dramatically at the end of the third quarter by 44,010%. The brand followed up a great third quarter with 9,075% lift in the fourth. More people searched for content related to Jaguar in the fourth quarter, with a surge in interest of 583%. Maserati Ghibli continued a strong evening with 911% lift. Hyundai Genesis also had 188% lift, perhaps showing some halo effect from its Elantra ad, per Edmunds.com.