As Mobile Ad Reach Doubles, Are Consumers Waking Up To The True Value Of Their Own Data? 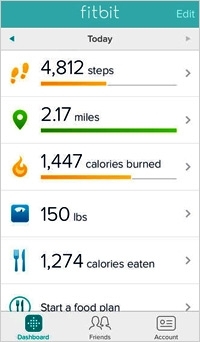 Twice as many people are seeing mobile ads this year as last, according to a new survey of mobile data traffic from Citrix. Audience reach for ads on devices is double what it was in 2013, the report claims. Nevertheless, ads still constitute only 2% of the typical user's data usage. The amount of data that ads consume is a potentially sensitive issue for subscribers and carriers as 4G networks and richer media start taxing data plans. As of now, only one in twenty mobile subscribers are being served video ads.

That low share of data going to ads is likely to change dramatically as in-stream video ads and auto-play models proliferate. It is most interesting that most people (59%) don't believe that ads count against their overall data usage. This could mean both trouble and opportunity. As ads become richer and more video-based, they will help push monthly data consumption up quickly, and users could come to resent the practice if they feel they are “paying for ads” on mobile. Users could be more hesitant to view ad-heavy sites or to engage in sponsored video if they begin to be wary of going over their data limits. One carrier, AT&T, seems to be acting proactively against this prospect by creating a program where advertisers bear the data cost of streaming specific campaigns.

The one area in which we are likely to see some of the sharpest growth in video use will be the social networks. The introduction of Twitter's Vine and Facebook's Instagram Video have had an important impact on mobile video usage. In the U.S. and Europe, 18% of data flow is going to social media.

The Citrix report also showed that health is emerging as a beloved app category. In a survey of users, 52% said they are using fitness, health monitoring and weight loss apps more now than when they downloaded them. Citrix says the top 10 most popular health apps by actual data usage involve fitness, running, weight loss and nutrition. Users' enthusiasm for fitness apps, the fastest-growing category of mobile use, is a good sign for the emerging wearable media market. The so-called “quantified-self” trend could have a substantial impact on how people relate to their own devices.

I think there may be an interesting connection between the rise of health apps and marketing. One of the themes that emerged at Wednesday's OMMA DDM (Data Driven Marketing) conference in New York is that consumers are becoming more generally aware of the data they cast off, both to advertisers and to themselves. Several panelists throughout the day said they fully expected people to start thinking of their data as commodities that can and should exact a fair exchange from companies. You could argue that a kind of data awareness is also heightened in us by things like fitness apps, which make us self-aware through data. As we become more conscious of the value data has to ourselves in understanding and shaping our own behavior, perhaps we also come to understand and appreciate just how valuable that data is to marketers.