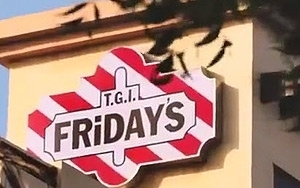 How effective were restaurant, beverage and packaged foods' brands' TV ads in 2013?

Ace Metrix's 2014 Blackbook edition, which reveals how well the TV ads of 1,400 brands across 33 categories stacked up in 2013 versus 2012 based on brands' Ace Scores, shows mixed performance among these consumable categories:

Nearly 40% of the ads in the casual dining category achieved Ace Scores of 600 or higher. This reflects consistently high scores in three of the persuasion metrics that go into calculating the Ace Score — desire, likeability and attention (the other three metrics are change, relevance and information).

Olive Garden and Carrabba's were also among the year's 10 highest scorers, across all categories, on a separate Ace Metrix measurement, the Emotional Sentiment Index.

*QSR restaurants: While the average Ace Score for QSR TV ads declined 2.1% in 2013, to 551, QSRs nevertheless remained among the highest-scoring categories.

Pizza companies outscored burger brands by 6.2%, and other QSR advertisers by 1.8%.

Still, Baskin-Robbins' TV ads won first place in the category among chains with broad creative portfolios in 2013, with a 594 average Ace that edged out Pizza Hut's by one point. (Baskin-Robbins ran only 15-second-format TV spots, maximizing its media budget with alluring visuals of its ice cream flavors.)

*Beverages, soda:  Soda saw a 7.4% drop in year-over-year advertising effectiveness. Still, its average Ace score of 509 placed it dead-center among all of the other categories tracked (16 categories ranked higher, 16 ranked lower).

The soda category's 2013 ads were dominated by 15-second formats that didn't perform as well as 30-second formats, as well as by ads that "were very narrowly targeted or featured celebrities more than the product," reports Ace Metrix.

Coca-Cola and Pepsi dominated the ad volume in the category, together generating 41% of the new creative.

*Beverages, non-alcoholic:  As a category, the average Ace Score for other (non-soda) non-alcoholic beverage brands (including energy, sports, juice, coffee, tea and bottled water drinks) rose 1.7% in 2013, to 544.

Tropicana was #1 among broad-portfolio brands, and also among the year's biggest gainers across categories, with a 48-point jump, to achieve an average Ace of 617 last year. Dunkin' Donuts' coffee and tea brands were #2 (at 551), and Lipton brand drinks were #3 (556). Gatorade (547) and Coffee-mate (539) rounded out the top five.

*Beverages, spirits:  Spirits had one of the lower average Ace Scores among the 33 categories – 466 – but that tends to be true for liquor by dint of the fact that the universe of hard-liquor and wine drinkers is somewhat narrower than other categories'.

Budweiser was among the top gainers across categories, with a 34-point jump in its average score last year.

*Packaged foods:  The average 2013 Ace for this largest category was 546, down 2% from 2012, but that still made it the eighth-ranked category overall. (Packaged foods, like all food categories, tends to pull higher-than average scores, compared to non-food categories.)

The highest-ranked ads among broad-portfolio packaged food brands were Marie Callender's', with an average Ace of 573 (up from 12th place in 2012). This brand's highest-scoring ads focused on the traditional, homemade quality of its food and its quality ingredients.

Cool Whip not only led the narrow-portfolio packaged foods brands, but produced the creative with the highest score among all packaged foods TV ads last year (680). The ad, "Mistreated and Hurt," focused on the brand's new refrigerated frosting.

More information about the Blackbook is available on Ace Metrix's site.