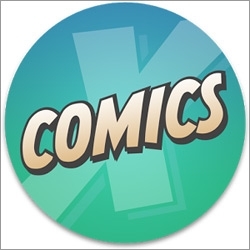 Amazon announced Thursday that it would acquire the most popular and financially successful digital comics platform, ComiXology. The New York-based ComiXology, founded in 2007, is the leading distributor of digital editions of print comics from the major imprints such as DC, Marvel, IDW, Image and many other independent presses. It also has become a platform technology for original digital comics work and white-label stores from the major publishers.

The ComiXology app is a storefront for digital editions that has consistently been among the top-grossing apps in the Apple and Android smartphone and tablet stores. The company also launched a self-publishing platform for authors, resembling Amazon’s own strategy for e-books. The deal is expected to close in Q2 2014.

According to a letter to readers from ComiXology CEO David Steinberger, the company will remain an independent subsidiary of Amazon. “We look forward to investing in the business, growing the team, and together, bringing comics and graphic novels to even more readers,” states Amazon VP of Content Acquisition and Independent Publishing David Naggar.

With the ComiXology purchase, Amazon is getting that company’s signature “Guided View” model for viewing graphic narrative content on device screens in a frame-by-frame close-up flow. It also acquires a platform that is used for digital publishing by the largest comics entities. DC, Marvel, IDW and others use the ComiXology engine to drive their own white-label comics stores on devices.

Amazon’s Kindle Fire platform also began offering a storefront for digital comics in recent years, and the company has been making a special effort to merchandise graphic narrative in the Kindle stores.