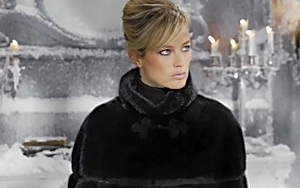 In the fashion world, few words are as polarizing as fur. And as recently as several years ago, marketers might have written off mink coats as the status symbols of aged dowagers, scorned by Gen Y’s ardent environmentalists.

But as sustainability debates have become more nuanced, many Millennial fashionistas are now embracing fur as green, renewable and fun. And it continues to show up in the portfolios of some of Gen Y’s most coveted brands, including Burberry, Gucci and Prada.

The latest numbers are in from the International Fur Federation, which reports that the highly fragmented global fur trade rose to a value of $40 billion in 2013, with fur retail sales $35.8 billion. “It’s been a great couple of years for the industry,” says Mark Oaten, CEO of IFF, in its release. “The recent cold weather in North America and its increasing popularity on catwalks globally has once again thrown our sector into the spotlight.”

And according to some, it’s young shoppers -- not their grandmothers -- who are powering the trend. “Young students are really eager for us to teach them about fur,” Karen Groner, adjunct professor of fashion design at New York’s Fashion Institute of Technology, tells Marketing Daily. “They’re in love with it. I have never seen such overwhelming interest.”

Perhaps because they didn’t grow up with it, she says, “it’s exotic to them. It can be purple, or fluffy. It doesn’t have to be an old lady coat, and there seems to be something inherently sensual about it.” 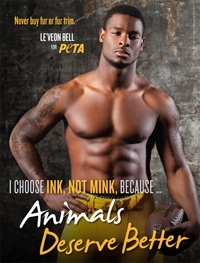 And younger consumers have more complex opinions about sustainability. “It’s not that these kids believe in cruelty to animals,” she says. “They just see fur as part of a life cycle, and are smarter about the environmental consequences of all fabrics, whether it’s pollution created by cotton farming, or the way synthetics clog up landfills.”

Anti-fur activists disagree. “The younger generation is not in favor of fur,” says Ashley Byrne, a campaign specialist at People for the Ethical Treatment of Animals, or PETA. “That’s why the largest chains catering to younger shoppers, including Forever 21, H&M and Topshop, have no-fur policies.”

She says the global increase in fur has been driven by growth in luxury products in China. “But young people in China are no different than young people anywhere,” she tells Marketing Daily. “We recently unveiled our first ‘I’d rather go naked than wear fur’ ad there, using Chinese celebrities. Fur gains won’t last very long there, either.”

Other stores that have a no-fur policy include Nike, Ann Taylor, Limited, Gap and J. Crew. And in addition to the roster of designers who won’t use fur, including Stella McCartney, Tommy Hilfiger, and Todd Oldham, there’s an ever-expanding roster of celebrities who have sworn off fur, ranging from Ellen DeGeneres to Pink.

She says Gen Y is also increasingly aware of the growth in “wonderful, cruelty-free fashions. Case in point? Designer Vaute Couture, an all-vegan line, which made its debut in New York’s Mercedes Benz Fashion Week last year. “It is so easy to make kind decisions,” she says,  “and still look fantastic.”