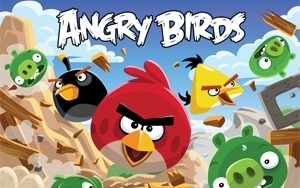 Those figures compare to a doubling of revenue in 2012 and a profit gain of 57% from the prior year.

“After three years of very strong growth, 2013 was a foundation-building year. We invested in new business areas, such as animation and video distribution, ventured into new business models in games and consolidated our strong market position in consumer products licensing,” said Rovio CFO Herkko Soininen.

Unlike last year, Rovio didn’t disclose the total number of active monthly players in its 2013 financial report. The company says its games, however, have been downloaded more than 2 billion times. Rovio CEO Mikael Hed highlighted milestones, including the launch of its ToonsTV animation venture.

Michelle Tobin, hired about a year and a half ago from Millennial Media to lead the Rovio’s direct ad sales business, recently told Mobile Marketing Daily the company continues to expand its sales efforts. After bringing on staff to head the East and West Coasts here, as well as the EMEA and APAC regions abroad, Rovio is looking to do the same in Russia and Latin America.

The company has also rolled out a wider set of ad offerings, including 15-second pre-rolls for ToonsTV videos, sponsored in-game rewards and rich media placements billed as “native” to its dozen-plus games. But the ad push so far hasn’t led to a corresponding revenue boost.

Rovio last year also began shifting to the dominant free-to-play model for apps, in which games are downloaded for free but make money from in-app purchases and advertising. Angry Birds Go!, released in December, was the first game created from the ground up using the freemium model.

Expenses increased as Rovio’s headcount upped to 800 from 500 in 2013. But it doesn’t sound like company is planning to cut back this year. “We are actively investing in the company to increase our capabilities for the future, and this year will see exciting new content and services coming from all our business areas,” said Soininen