U.S. Swimming, Others Want Kids In The Lanes 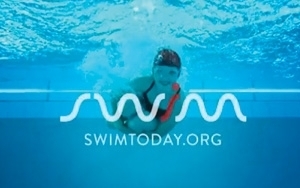 Summer is just around the corner, and, with it, swimming lessons and swimming pools. But swimming doesn’t have to be a sport limited to just one season.

Ten swim industry partners (including USA Swimming, Speedo, Arena and other equipment manufacturers) are launching a new campaign to move people from swim lessons and onto swim teams. The new effort, from Minneapolis agency Colle+McVoy, positions swimming as “The funnest sport there is,” and highlights the confidence, health benefits and excitement that comes from swimming on a team.

“There’s a huge drop-off from lessons to teams because parents aren’t aware of the sport, and [kids] learn swimming for safety,” Mike Caguin, chief creative officer for Colle+McVoy, tells Marketing Daily. “You don’t learn football or soccer for safety; you do them for fun.”

The campaign includes three public service announcements, depicting how kids — even those wearing swim caps and goggles — enjoy the pool. In one spot, a boy emerges from a swim lane in slow motion to admirable stares from his compatriots on the side. He flashes them finger-guns and does a confident high-five. “Swimming introduces kids to a healthy lifestyle, and a healthy kid is a confident kid,” says a voiceover.

Another commercials is a slow-motion underwater shot of a girl who has just done a cannonball. “Basketball, softball, cannonball,” she says. “Which one sounds the most fun to you?”

The “funnest sport there is” strategy was born out of research that showed parents of swimmers (and the swimmers themselves) rated the sport at the top in fun, teamwork, confidence-building and health and fitness after they had tried it. “Once kids get into the sport of swimming, they think it's more fun than any other sport out there,” Caguin says.

All elements of the campaign (including the PSAs) direct consumers to a website, www.swimtoday.org, which provides further information and resources to locate nearby swim clubs and pools in their areas. The digital elements (which will include using the hashtag #funnestsport in social media) will be supported by swim kits and posters to be displayed at local pools.

“For a lot of parents, we need to get into their consideration sets,” Caguin says. “We’re really trying to make sure the parents and kids in the sport [see the campaign] and get them to evangelize through social media.”