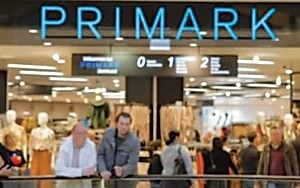 Last week, Primark -- the fast-fashion chain owned by Associated British Foods and known throughout Europe for its “Amazing fashion, amazing value” positioning -- announced plans to open its first U.S. store in Boston. Forever 21, already adored by young women for its fast and frugal options, unveiled F21 Red, a new concept, in South Gate, Calif., with tops for as little as $1.80 and denim for less than $8. And J. Crew has recently trademarked a concept called J. Crew Mercantile, leading to speculation that it, too, will develop a low-priced concept.

All that comes amidst news that while women’s apparel sales in the U.S. grew 4% in 2013, rising to $116.4 billion, according to NPD Group, sales in the value segments performed even better. At off-price retailers, they gained 8%, according to the Port Washington, N.Y.-based market researcher, and at warehouse clubs, sales of women’s clothes climbed 10%.

“There's been price deflation in apparel for some time,” says retail consultant Neil Stern, a senior partner at McMillan Doolittle in Chicago. “Low costs of sourcing and some very innovative fast fashion models, such as H&M and Forever 21, have caught traditional competition a bit flat-footed,” he says via email. “It’s a combination of speed and price that has made fashion more disposable. It is making traditional fashion retailers take notice,” he says, adding Abercrombie & Fitch’s decision to take its Hollister brand to fast fashion as another example.

Meanwhile, observers are watching J. Crew closely. After reports of its possible value concept surfaced, J. Crew chairman Millard “Mickey” Drexler downplayed questions, telling Women’s Wear Daily that the company was in the process of trademarking the J. Crew Mercantile name because he liked the sound of it. “Mercantile is a name we own,” he told WWD, adding that the concept was in its infancy. “There’s not much beyond that. We are always thinking creatively, innovating, and managing our assets. We have secured names and trademarks with either loose ideas or intentions, or with our imaginations. Sometimes things come of it, or they don’t.”

And Primark, which will open its Boston location next year in the Downtown Crossing area that was once home to Filene’s, says it will announce additional U.S. locations in the Northeast in 2016.