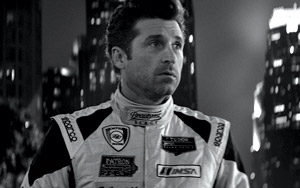 This is the first time that Beautyrest Black has been advertised by parent company, Simmons Bedding Company, and the campaign includes TV and digital creative, social activations, in-store video, and a new website.

Still, the creative is more representative of a luxury automaker or jeweler than a mattress company, per agency  executives. "This is not typical of the category," says Izzy DeBellis, Co-Chief Creative Officer, KBS+. "We needed to draw desire for a mattress in an emotional versus rational way."

"In a consumer world where experiences are becoming more valuable than possessions, we wanted to reframe what luxury means today," says DeBellis. "We knew this was a tall order considering most people rarely think of buying a mattress, and when they do it can be considered a grudge purchase.

“We also knew that this same upscale audience would do anything for sleep – the country has become sleep obsessed. As a nation, we spend millions on remedies, technologies and medications for a better night’s sleep, so we thought now more than ever we could make sleep the ultimate luxury. We juxtaposed the usually-expected trappings of luxury with the luxury of sleep and a mattress that combines technology with the best materials available."

The campaign is likely to evolve the concept of exploiting sleep as the ultimate luxury, says DeBellis. "Just ask yourself what you would give (or give up) for a great night’s sleep. We could have a lot of fun with it."

KBS+ has been the AOR for Simmons since July 2013, and is an integrated account spanning all aspects of advertising, digital and PR. Its partner agency, Kwittken + Company, is leading consumer PR and influencer engagement.

Although Dempsey represents the first celebrity endorser in several years, Simmons Bedding Company has a history of featuring celebrities in its advertising, including George Bernard Shaw in 1929 and Maureen O’Hara in 1947.