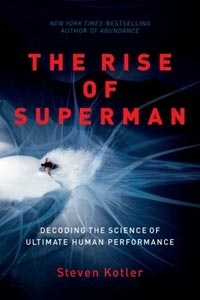 The agency said that Mindshare’s chief content officer David Lang, along with filmmaker Dirk Collins, business manager Johnny Alamo and Kotler, will be developing RISE into a multimedia series that includes television and a feature documentary film, as well as a digital project.

For Mindshare it's the first effort to specifically develop prime-time network TV programming, although an earlier digital series, "In the Motherhood," was picked up by ABC a few years back for a short-lived sitcom.

“Our mission is to bring compelling content to audiences in new ways,” Lang said. “Creating original entertainment content allows us to bring exclusive content to our clients.”

Lang was promoted to the chief content officer role in November, a new post at the agency that signaled the growing importance that content development would play under the leadership of CEO Collin Kinsella. Earlier, Lang had been head of Mindshare Entertainment.

Talks are said to be ongoing with several TV networks about the development of a prime-time documentary based on the book, a non-fiction work that explores the use by certain athletes of what’s known as “flow,” an optimal state of consciousness to maximize their performance.

The agency declined to identify the networks that are discussing the possible prime-time program. A separate digital video project is also in the works.

The programming is designed for sponsorship by Mindshare clients although the agency indicated it wants to develop the content before making pitches.