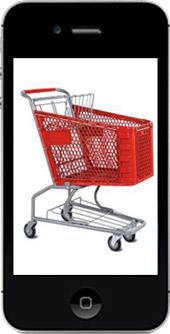 The great migration to mobile as a primary research and shopping tool is undeniable, but also nuanced. As a new study from xAds/Telmetrics/Nielsen points out, the role of devices in purchase decisions varies widely according to category. In auto decision-making, for instance, the PC still overindexes (182) compared to smartphone (89) or tablet (29). But switch to the restaurant category and the phone (148) is indexing far above average, with the PC closer behind (123) and tablet still less important (29).  In entertainment, the PC (139) still leads handheld (114), but here is where the tablet (48) shows some strength.

In terms of the density of each experience, the PC still rules, with 7.3 pages per visit compared to 4.6 for phones and 3.8 for tablets. Still, overall time spent on devices (51%) has edged out the desktop. But the time spent on researching given categories also varies widely. In telecom, for instance, shoppers are spending 60% of their research time on the smartphone and only 36% on the PC. And in autos, 74% of time is spent on the desktop.

And in almost every category except entertainment, a majority of people said that devices were the first screen they used to initiate research. And generally devices were most important in the earliest stages of the path to purchase, but about a quarter of people said they continued to have a role throughout. But that early stage is also where these shoppers have less of a firm idea of what they are looking for and so may be most influenced by well-targeted and crafted marketing messages.

And in some categories, mobile was not only a first or dominant influence on a purchase decision, but it was the only device involved. In the restaurant category, 60% of respondents in the last year had made a purchase decision solely with their phone, compared to only 13% who had done so on a telecom purchase or 35% on an auto purchase.

Comfort and satisfaction with mobile information is growing incrementally. The same “Path to Purchase” study from these researchers in 2013 found 59% of respondents satisfied with the information found on their device, but that climbed to 61% this year. Tablet content satisfaction rose from 66% to 68%. And as a result, in-home shopping research on smartphones in particular has risen dramatically, from 32% last year to 53% this year, now actually overtaking their use for research out-of-home. Interestingly, the portability and greater connectedness of tablets is helping to chip away at exclusive in-home use. Last year, 80% of tablet use was at home -- while this year, that declined slightly to 77%.

The location of mobile interactions in the “path to purchase” is complex and far from consistent from product category to category. This is precisely the topic we will be taking up in our opening panel at our fifth annual Mobile Insider Summit on Aug. 17-20 in Lake Tahoe. In the panel “Where In The World Is My Consumer Now?: Re-Mapping The Post-Funnel Journey,” we will have marketers from Dell, Beachbody, Provide eCommerce and Wellpoint discuss how their customers engage mobile and how they are developing strategies and tactics that capture and enable those behaviors. They will be joined by speakers from InterContinental Hotels Group, Forrester, Orbitz, Stubhub, Zagg, Georgia Pacific, Tango, Valpak, Munire Furniture, and more.